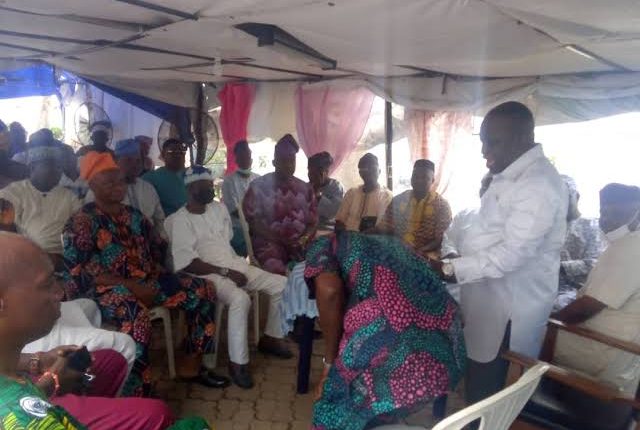 Former council Chairmen in Oyo State have come out to denounce statement by Niyi Akintola SAN that some of them have left the All Progressives Congress, APC, for the Peoples Democratic Party, PDP.

A statement by the duo of Bashorun Bosun Ajuwon and Asiwaju Olumide Alli, said the learned silk shouldn’t take their sympathy for him as a sign that he can ask them to dump the APC.

Akintola, they said, had Saturday on a radio programme said some former council Chairmen were with him.

Disturbed by the development, the ex-council helmsmen who said they are 40 in numbers strongly supporting our great party APC, only one among them who joined the PDP is their colleague from Ibadan North who followed Joseph Tegbe, the ruling party’s senatorial candidate in Oyo South.

According to them, “We are disturbed by the statement of respected Senior Advocate of Nigeria, Chief Niyi Akintola that we have followed him to the PDP. It is nothing but a lie. While we didn’t expect such from a party man of his caliber, we are constrained to react to the statement.

“Our romance with Chief Niyi Akintola dated back to when he decided to represent us in court when the incumbent administration sacked us from offices illegally and we salute and appreciate him for all he has done.

“But for someone who is connected to the leaders of the party both at the State and National level, we expected him not to have descended in that manner. Even though we sympathized with him at his failed attempt to clinch the Gubernatorial ticket, we would have loved him to wait for the party’s internal dispute resolution mechanism rather than resort to anti-party activity.

“We are by this statement dissociating ourselves from anything anti-party. We believe there is still room for reconciliation as it rains everywhere. Rather than attempting to demarket the party and her Gubernatorial Candidate, Chief Niyi Akintola should cease fire for now and embrace genuine reconciliation.
Even if he truly joins PDP, they can’t treat him well, and His political chemistry doesn’t align with the conservative.. We believe that it was a contest and someone has won and we should all embrace him as real Partymen, Only one person can fly our party’s flag.

“We urge Chief Niyi Akintola to stop all the verbal attack and support the candidature of his brother Sen. Teslim Folarin, who is our party’s governorship candidate for the 2023 election. Together, we will be able to dislodge the PDP administration that has continued to impoverish our people and deny them quality infrastructure and Representation.”