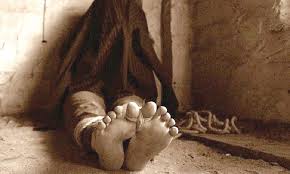 ‘We Ran For Hours’; 2 Schoolgirls Kidnapped In Ogun Escaped To Oyo

Two students of Odewale Community High School, Ojurin Agbado in Ogun State, kidnapped on Friday on their way to school, have narrated how they escaped from the den of the kidnappers and found themselves in Oyo town, Oyo State.

The girls, 18-year-old Zainab Rafiu and 16-year-old Kehinde Adeogun explained that a gang of three hooded men parked beside them and ordered them to enter the car at gunpoint with AK-47 rifles. They said from that point they can not explain how they found themselves in the thick forest.

Narrating their experiences, one of the girls, Kehinde said the kidnappers tied them to separate trees and threatened to kill them.

“The kidnappers spoke to us in Yoruba and on getting to the forest tied us separately with ropes after which they left us and went away.

“One of the kidnappers speaking in Yoruba said that our lives will soon end inside the bush.

“I struggled to untie myself with my teeth, after which I untied my friend and we started running. We ran for more than two hours inside the forest

“We finally got to the main road but we didn’t know where we were.

“When we asked passersby, they told us the road was an expressway in Oyo town.

“I felt relieved because I am an indigene of Oyo, but I don’t know how I could locate our family house.

“We saw a food vendor’s shop and stopped over, I begged for a mobile phone to contact my parents in Abeokuta and to let them know our whereabouts.

“The food vendor gave us her phone, I called my parents and Zainab’s parents. My father sent a relative’s number that I should call the person to come and pick us”.

It was gathered that the relative, identified as Alhaji Ogunsola, picked the girls up and took them to the palace of the Alaafin of Oyo, Oba Lamidi Olayiwola Adeyemi III.

The monarch then ordered that the Directorate of State Service be informed of the development, while the abducted children are given food, a place to refresh and given medical attention due to the traumatic experience they had in the hands of the kidnappers.

Vanguard learned that the monarch, had on Sunday, reunited the two girls to the younger brother to Kehinde’s father, to take them back to the Agbado crossing area of Ogun state.