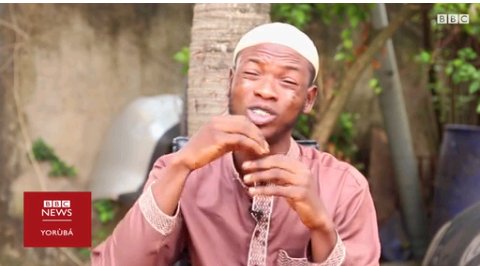 Barely nine days after former Chairman of National Union of Road Transport Worker (NURTW), Oyo town chapter, Mr. Azeez Akintunde popularly called Tula Oyo was taken away from his house by a combine team of security personnel tagged Operation Burst to Abuja, his children have cried out for help.

One of the children of Tula Oyo, Azeez Adebayo Lanre in an interview with BBC News Yoruba said he thought it was Kidnapper that came to abduct his father on the fateful day but found out the security personnel were sent by power that be in the country.

He lamented that his father is an hypertensive patient that depends on drugs to live and have visual problem.

According to Adebayo, he said: “after my father performed morning prayer, he usually feed birds. He saw two people at the back of his car. He challenged them and he was told they came to arest him”.

The daughter of Tula Oyo, Abidemi Azeez said it was sad linking her father to Abolongo jail break that happened recently in Oyo town where prisoners escaped from correctional facility.

She appealed to authority that her father is an easy going person in the community.