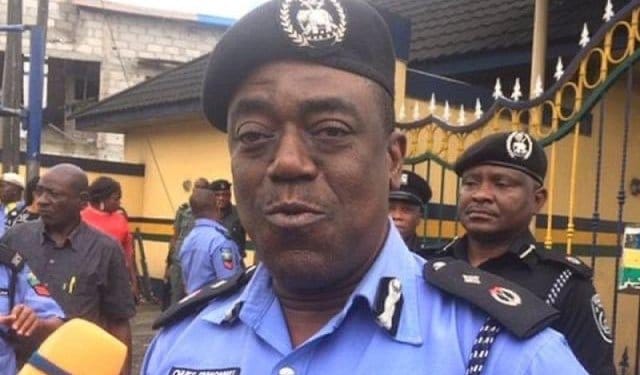 Oyo State Commissioner of Police, CP. Joe Nwachukwu Enwonwu, has condemned the attacks on Police officers and destruction of Police facilities during the EndSARS protest.

In a statement on Sunday by Oyo State Police Public Relations Officer (PPRO), Fadeyi Olugbenga, stated that, “The Commissioner of Police, Oyo State Command, CP. Joe Nwachukwu Enwonwu, wishes to once again condemn in its entirety the coordinated attacks on Police personnel while on their lawful duties, mass destructions/looting of Police facilities, act of carnage meted to Police personnel and the opportunity to unleash mayhem on innocent citizens of the State by suspected hoodlums/criminal elements who carted away properties worth millions of naira during the “EndSARS Protests” carried out in the State recently.

“The CP wishes to observe with dismay and utmost dissatisfaction the level of attacks on Police personnel, carting away of arms and ammunition, looting/destructions to government properties by these unscrupulous criminal elements of progress. He reiterated that this was an act premeditated by the hoodlums who deliberately set the Police Stations ablaze and thereafter stripped them naked by returning to the rumbles to cart away all valuables including computers(Laptops), flat screen TV, burglary proofs, office equipment, over head water tanks, cell gates, ceiling tiles, remnants of Police patrol vehicles body parts and engines, iron gates, balcony railings etc and pulling down of perimeter fencing and that of the entire Police Station buildings.

“Once again, the CP is seeking collaboration and partnership with the members of the public who might have credible information on these lootings or have seen such properties mentioned above in the custody of these suspected hoodlums/criminals element to report same immediately to the nearest Police Station or arrest and hand over to any security agencies close by for necessary action.

“Sequel to this, the CP enjoins all critical stakeholders including traditional rulers, Community/religious leaders, leaders of thought, parents/guardians etc to continue to have dialogue and also appeal to the youths and their children/wards to desist from act(s) that can lead to breakdown of law and order in the State. He further stated that the Police in Oyo State will not fold its arms and allow criminal elements/social miscreants to continue to shed innocent blood in the name of protest and carry out their evil intentions.

“Consequent upon this, the CP wishes to state that the Oyo State Police will not relent in our resolve to give criminal elements a good fight as the Command is battle ready to deal decisively with whatever person(s) or group(s) who are bent on disturbing the relative peace being enjoyed by the good people of Oyo State. Likewise, maximum securities to lives and property of Oyo State citizens are guaranteed as adequate security measure have been emplaced during this yuletide period and beyond. There is synergy and collaboration among the sisters security agencies in the State and therefore criminal elements should not attempt to test the collective will as any individual or groups who does so shall have his/herself to blame”

EndSARS: How Our Husbands were Killed -Wives of Policemen murdered narrate Story, Beg Government for Assistance.