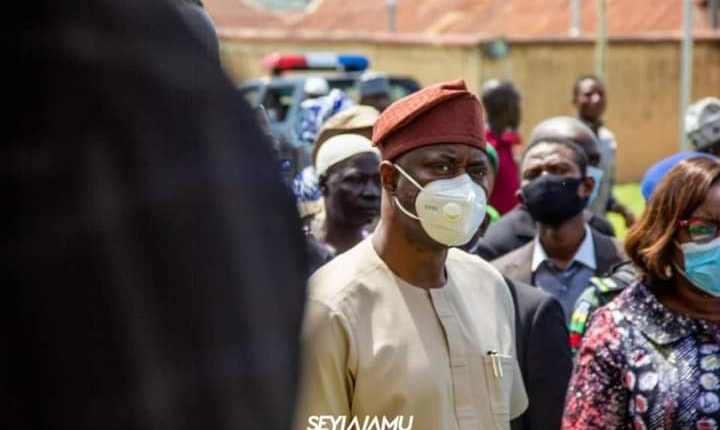 The Governor of Oyo State, Engr Seyi Makinde, has assured the people of Oyo State on Tuesday, that his government will roll out Palliatives to cushion the effect of suffering of the people in the State in the next one week.

The governor, who added this in his address to the protesters at the State Secretariat, Agodi on Tuesday’s evening, said “I want to tell you that it is not only about SARS. There is hunger, unemployment.”

“There will be palliative that the government will roll out within the next one week.

The governor also added that he has informed that Police Institution in the State to take the back seat while the government performs its full responsibility.

“The Inspector General of police said SARS has been disbanded and I said in Oyo State I don’t want any further loss of live. We have asked that the police should take the back seat. We must take the responsibility.”

I’m With You 101 Percent, You Are Nigerian Youth, You Are Not Lazy—Makinde tells EndSARS Protesters