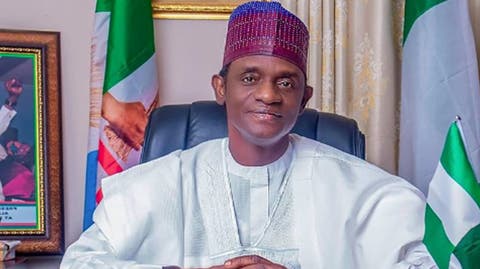 Weak Political Structure, Inability to Have Continuous Membership Are Reasons for Losing Oyo, Others – Buni

The Chairman Caretaker/Extra-Ordinary Convention Planning Committee (CECPC) of the ruling All Progressives Congress (APC), Governor Mai Mala Buni has revealed why the party recorded many losses in some states during the 2019 general elections is connected to it’s inability to have continuous membership registration and lack of formable structure.

According to the Nation Newspaper, he said the need to rectify the lapses suffered by the party informed the decision of CECPC to embark on nationwide membership registration and revalidation of the current membership register after wide consultations with various party stakeholders.

According to Buni many stakeholders in the party “are of the view that the inability of our party to put in place a working structure for continuous membership register updates and new membership drive is a major factor in some of the conflicts that have caused our party major losses in multiple states and in a number of elections.

“Since the 2014 post-merger membership registration and the inconclusive registration updates of 2017, our party has not been able to produce a comprehensive membership register. During the last five years since our party emerged as the governing party, we have lost members due to either death or defection. We have also received many new members in our party.”

He however pointed out that, “in all cases, our membership register does not currently reflect these changes. This laxity and the challenging consequences have brought into focus the imperative for our party to immediately embark on this exercise.

“Towards achieving this, we have engaged with our party leaders across the country. We have briefed President Muhammadu Buhari on the imperative for this exercise as a major pillar for sustainable political harmony and a precursor to developing the capacity to continue to deliver political victories for our party for many years to come.

“It is on this note that our committee is now embarking on nationwide membership registration and revalidation of the current membership register. We are soon to roll out massive publicity and stakeholders’ engagement processes to mobilise our members nationwide to ensure full participation and a successful outcome.

“We are working hard and speedily to deliver on our mandate even when we understand the need to put a sustainable structure in place towards conducting a credible national convention to usher in a new National Working Committee (NWC).”

2020 Batch “A” Corps Members Would Be Remobilized Soon—Oyo NYSC