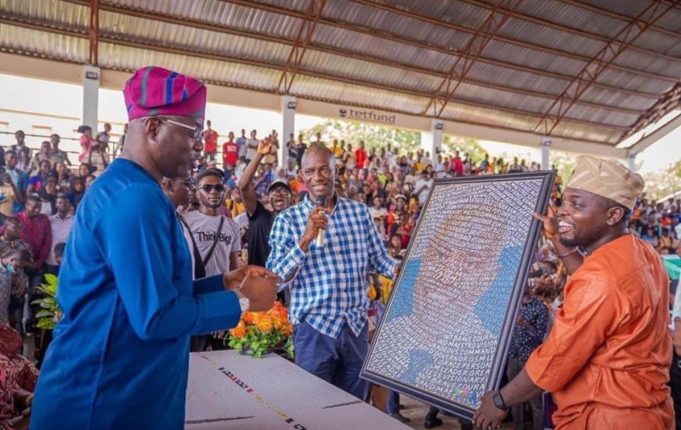 Who Will Tell Makinde What Modernity Means? | Morufu Smith

The colonial masters brought modernity to Nigeria. In the 50s, 60s and 70s, even up till early 80s, Nigeria was a thriving host to multinationals like Kingsway Stores, Chellarams, Lennards Stores, Bata, UTC, and a host of other departmental and retail stores. Ibadan, being the capital of the western region, gave tenancy to these multinationals which had their stores concentrated in Dugbe Business District. It was also during that era of modernity that cinemas were scattered all over Ibadan. Ibadan had Scala Cinema, Odeon Cinema and others.

But with the sharp downturn in Nigerian economy, starting from early 80s, giving rise to the then military government adopting austerity measures, these multinationals packed their bags and baggage and left Nigeria for their countries of origin. With the exit of these multinational business concerns, modernity deserted Nigeria in general and Ibadan in particular.

Recently, something galling happened. It was during the guided media chat organised to mark two-year anniversary of Seyi Makinde in office as the governor of Oyo state. The governor made some sorry statements that left a sour taste in one’s mouth. In his deliberate attempt to disparage the legacy of his predecessor, late Senator Abiola Ajimobi, a two-term governor of the state, Seyi Makinde, during the media chat, mockingly said there was nothing modern about Oyo state during the two-term tenure of late Abiola Ajimobi. Makinde went on to repeat that his predecessor didn’t construct more than 40kilometres of roads as he reeled out some roads while his memory could not capture many others constructed and rehabilitated by Ajimobi administration. To Makinde, his idea of modernity is constructing over a thousand kilometres of roads!

For the umpteenth time, let’s reiterate that late Senator Isiaq Abiola Ajimobi was the ‘architect of modern Oyo state’! Before 2011 when Abiola Ajimobi became the governor of Oyo state, the state was a theatre of violence and brigandage under the successive reigns of the PDP, from Rashidi Ladoja to Alao-Akala. In such anarchical situations, the state was a desert to business survivals. The existing companies were either folding up or relocating while new companies avoided Oyo state like a plague. The citizens lived in perpetual fears and no one could move freely around the state, especially that the then members of NURTW, empowered by the government, were an untamed menace to the state. Oyo state lived with bated breath between 2007 and 2011 as if it was the ancient era of Kiriji war!

Then, Abiola Ajimobi was elected the governor of Oyo state in 2011. Being a cosmopolitan corporate player before his foray into politics, Ajimobi valued modernity and cosmopolitanism.

Knowing that these could not be achieved without peace, the very first job he did as a governor was to enthrone peace. By the time he spent two years in office, peace and tranquility had returned to the state. Oyo state breathed a sigh of relief as citizens regained the freedom of moving from one place to another.

With enthronement of security and massive infrastructure, multinational business concerns began to have confidence in business environments in the state. Oodua Groups led by the then Chairman, Bar Sarafadeen Alli, and the then GMD, Adebayo Jimoh, embarked on the construction of Heritage and Cocoa Shopping Malls.

The completion of the malls opened opportunities of floodgates of modern businesses into Ibadan city. The coming of Shoprite Stores from South Africa to Ibadan was the first sign that modernity was returning to the state. Shoprite Stores reminded older folks about the old Kingsway, opposite Radio Nigeria, where items were sold in retails in posh, conducive environment to people of the state then. Apart from Shoprite Store, other retail stores, selling various, affordable items filled Heritage and Cocoa Malls.

The malls have since become a Mecca of sort for Ibadan people and beyond who always flock there to unwind and catch funs. Shoprite has since had another outlet at Palms Mall on the Ring Road, with other entertainment outlets. Life has ceased to be boring in Ibadan as people have places to go to unwind. Cinemas abound in the city; the Film House Cinemas at Heritage Mall, Dugbe, and Ventura Mall at Samonda and Viva Cinemas at Palms Mall! With the springing up of Shoprite Stores, Foodco Stores, and many others, shopping has become a comfortable affair.

Someone should remind Mr Makinde that Abiola Ajimobi mooted the idea of collecting tenement rates in the state and he actually conducted census of the houses scattered across the state. It’s the same tenement rates that Makinde is banking on to increase the state’s IGR. Is this archaic or modern?

Does Makinde’s memory need to be juggled that Ajimobi administration installed CCTV for the efficient security of the state? If this isn’t modern, one wonders how archaic a mind thinking this isn’t modern is!

What late Senator Abiola Ajimobi did to bring modernity to Oyo state is numerous and this space can’t contain everything. The earlier Seyi Makinde eschew disparaging Ajimobi’s legacies, the better for his sanity and reputation as he has begun to sound like a broken record. The foundation of modernity has been laid in Oyo state by Abiola Ajimobi. It remains to be seen what Makinde can do to keep the legacies of modernity alive in the state.