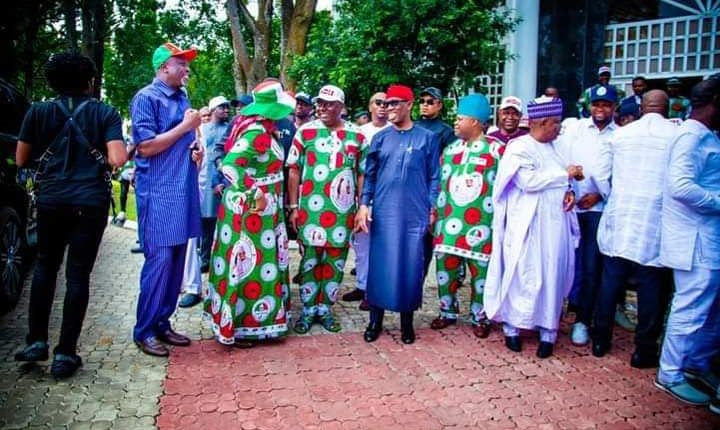 Why Makinde Was Absent At Osun PDP Rally— Taiwo Adisa

Despite the absence of Governor Seyi Makinde from the mega rally of the Peoples Democratic Party (PDP) for the Osun State governorship election on Thursday, he ensured that adequate logistics arrangement was made to convey party members from the Ibadan Airport to Osogbo.

This is according to his Chief Press Secretary, Taiwo Adisa, who affirmed to our correspondent on phone Friday that the Governor’s absence has no bearing on any perceived disappointment over the decision of the PDP presidential flag bearer to choose Governor Ifeanyi Okowa of Delta State as his running mate.

In the same way, it was learnt that Governors Nyesom Wike (Rivers) and Udom Emmanuel (Akwa Ibom) did not also deliberately shun the exercise over Atiku’s choice.

The absence of the three governors at the rally raised eyebrows as speculation became rife that they did not attend because of their anger over how the former vice president arrived at his running mate.

However, debunking the rumours, Adisa in an interview with Nigerian Tribune, posited that it is wrong to ascribe the governor’s absence at the rally to the running mate issue.

He explained that the Oyo State Chief Executive was unable to attend the Osogbo event because he had been outside the country to attend to crucial issues in Europe which clashed with the timing of the Osogbo rally.

The governor’s spokesman revealed that Makinde had however directed that sufficient logistics support be provided for the rally, especially for the ferrying of personalities from the Ibadan Airport to Osogbo.

He said: “Apart from all these, the Chief of Staff to the Governor led officials of Oyo State to the rally. So, there is no truth in the speculations linking the absence of Makinde from the Osogbo rally to Governor Ifeanyi Okowa’s Vice Presidential candidacy.”