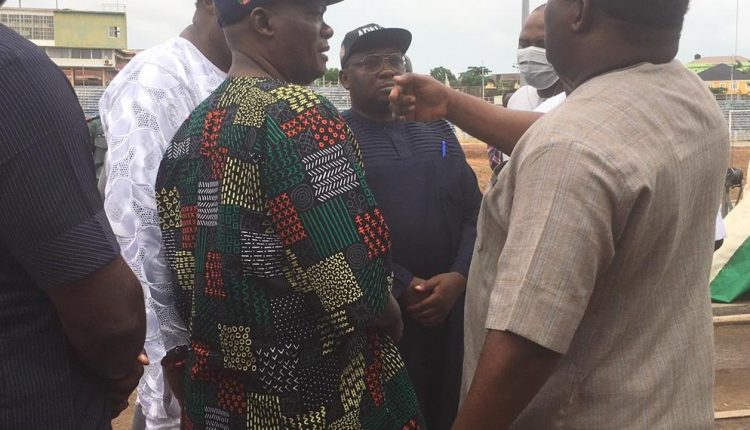 The gubernatorial primary election of the Oyo state chapter of the All Progressives Congress, APC, scheduled to hold today didn’t hold, Source Confirm.

This was due to inability to evacuate crowd that besieged the stadium as requested by the chairman of the committee, Senator Tokunbo Afikuyomi.

Earlier, Afikuyomi had pleaded with the crowd to go out for them to do proper accreditation.

He urged the aspirants to appeal to their supporters and well-wishers to go out.

Despite the aspirants appeal, the crowd refused to leave.

The committee chairman and his members left the venue. He declined speaking with journalists when approached.

Recall that Insideoyo.com had earlier reported that five Gubernatorial aspirants of the All Progressives Congress, APC, arrived venue of the party’s primary.