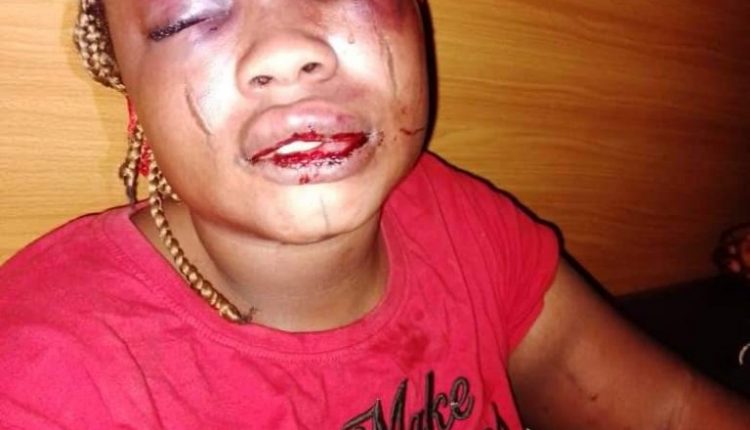 Reports reaching oyoaffairs.net has revealed that a woman named Mujidat Ademola is on the verge of losing her eyes after an alleged assault by her husband.

According to reports, around 11 pm on Tuesday, there was an argument between 30-year old Mujidat and her husband, Nurudeen Amao Ariya as a result of allegations by the husband that his wife committed adultery.

This led to him giving her a sound thrashing. He stopped beating her when the mother of 4 was lying helpless on the ground and bleeding from different wounds on her face and body.

She was rushed to a clinic in their area around 1 am during which the husband was begging the Nurse to cover him up of the assault.

According to media men who visited her at the clinic the following day, the damage to her eyes was so serious that she was transferred to University College Hospital in Sepeteri for proper examination and test.

Despite all care given to Mujidat, her eyes continued to bleed and she was later transferred to UCH Ibadan.

Efforts to reach her husband have proved abortive as he refused to pick calls or respond to messages since he dropped Mujidat at the hospital that night without leaving a kobo for her care.

Recall that last week, oyoaffairs.net reported the death of pregnant Nimatallahi after she was assaulted by her husband.

Mujidat is still at the hospital and effort is being made by family and friends to raise the money needed for her care after her husband disappeared into thin air.