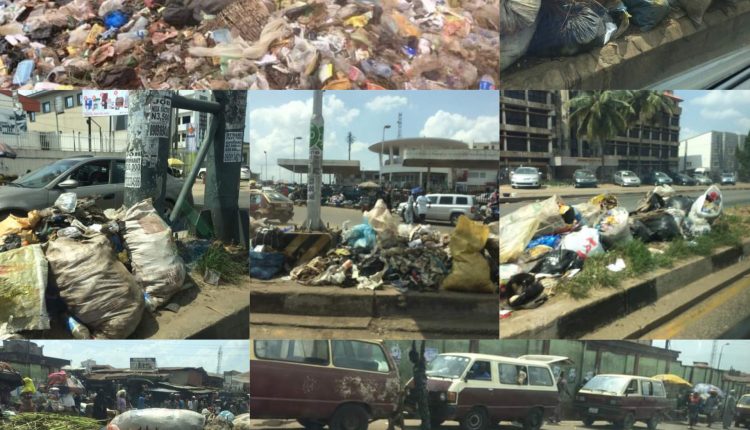 Will History Repeat Itself As Dirts Take Over Ibadan?—St Williams F.

In a retrograde manner, the ancient City of Ibadan is taking a new form. Though the new form appears not alien, but the parlous state of health of its dwellers that is on increasing side as a result of recent upsurge in environmental pollution must not be swept under carpet. Particularly as it concerns the well-being of the People.

Days back, the city had successfully carved a Popular appellation for being the most dirtiest City in Nigeria. The reason for that was not far-fetched. Unpleasant smell oozing and seeping from some dirts-infested areas in the City were enough to make one describe to such assertion.

Until now, concerted efforts of both private organizations and the government have produced gradual change so much that such appellation has to be reviewed. But recently, it appears that the days of yores have unsteathilly came unannounced.

This time, the metropolitans are not left out. In fact, misplaced refuse heaps and sewages unpleasant smell ooze and seep out in some notable areas in the city. Major roads are taking over by dirts.

The sheer sights of some areas in the city of Ibadan, maybe Iwo road area, particularly the median strip between the Old Lagos Ibadan Express Way could cause one to retched. It is indeed a ‘public Convenience’. It is excreta this way! Urine that way!.

Fresh feces stare at passersby on daily basis. You should not bother how they get there. It is normal life. But It is medical unwise to ply those places without proper covering of the respiratory parts. It would be unusual experience to be held down by traffic around these areas.

The level of traffic congestion around Bere-Oja’ba road is steadily increasing and impairing the efficiency of logistical activities around the area. What aided this is not far-fetched.

Dirts and particles have taken over the road to the extent that been held down in a traffic jam around these areas with glass-infested vehicles, could either result to instant suffocation or life-threatening diseases that one would use his entire life to nurture. Yet People live in false sense of pretense that “All is Well”. What could be more deadly than this?
In like manner, floods have taken over some places in Mokola, Bodija, Sango, Eleyele, Ojoo, Gbagi and other inner parts of Ibadan as a result of indiscriminate dumping of refuse and waste at waterways. Most of the drainage around these areas have been blocked with dirts. Erosion barely finds its level as must of the waterways have been jam-packed by used substances.

No matter how the government of the day would try to spin it, the health- promoting interventions in terms of waste and sewage management is not yielding positive result in recent time. Perhaps this current administration has not been having it good with waste management in the state.

A visit to Bere, Idi-Arere, Oja’ba, Isale-bode and the like would make question the commitment of the government to the “Clean and Green Initiatives” launched this February this year. Dirts have occupied the available spaces so much that they become impassable to Vehincles.

But What adulterated the state of emergency declared on refuse collection on November 25, 2019? What thawed the efforts of 500 registered private companies engaged in phase 1 of the “Clean and Green Initiatives”? Where are the 6,000 skilled and unskilled workers engaged on the refuse collection? An informed Observation have it that this recent happenstance can’t be divorced from the alleged rift between the State government and Waste Management Contractors over unpaid contact fee which resulted to two weeks warning strike by the Contractor.

Unfortunately, this urgly regression came at the time the City’s old appellation of the most dirtiest City is gradually losing its grits. But should we believe that the government is on top of the situation?