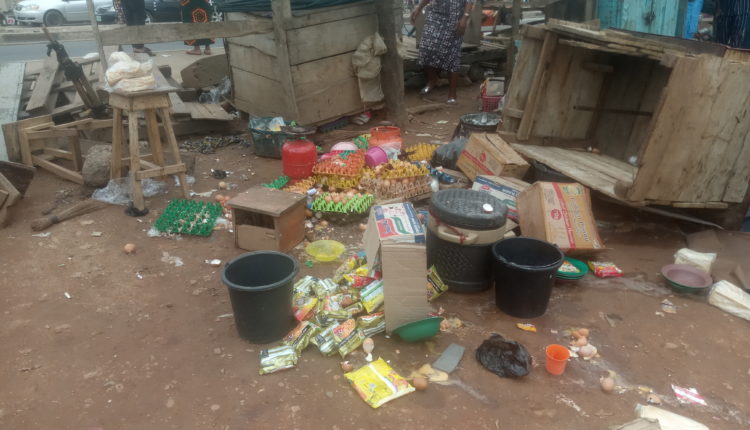 Following the crisis involving Yoruba and Hausa traders at Mobil, Ring-Road area in Ibadan South West Local Government, on Sunday, the Oyo State government has called for calm among the parties involved.

Addressing journalists shortly after the meeting with parties involved, the Executive Assistant to Governor on Security Matters, CP Odukoya Sunday (retired), explained that the crisis has been settled, noting that the parties involved have agreed to sheath their swords and continue to live in harmony.

The retired police Commissioner commended the security operatives for being proactive since Sunday that the crisis occurred to bring the situation under control.

He said: “With the effort of the governor, Engr. Seyi Makinde to ensure that everybody lives in peace and harmony ,the governor has invested so much on security in order to allow people live and sleep with their two eyes closed.
“When I heard of the crisis,we have to move down to the place this morning, and getting there we saw the security operatives on ground trying to show visibility to ensure no more problems.
” So we have to invite the two parties together to my office and we deliberated on the issue and we came to an agreement and both parties shook their hands and agreed that there would not be any more problems.
“We have told each party to inform their group that the fight is over and they should continue to live in peace and harmony.

In his response, the Babaloja of Mobil, Mr. Yayi Omoike, commended the timely intervention of the state Governor, Engr. Seyi Makinde to ensure that there is peace among the people irrespective of ethnic affiliation in the Oyo State.

Also speaking, the Seriki Hausa Community in Mobil, Alhaji Suleiman Garuba, maintained that all parties involved have agreed to settle their quarrel and allow peace to reign in line with the intervention of the state government.