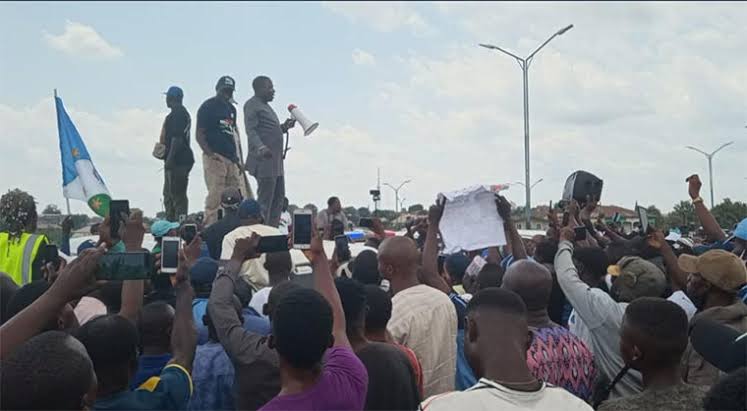 THE Aseyin of Iseyinland, Oba Abdulganiyy Salau, has asked Yoruba nation agitators, including Sunday Adeyemo also known as Sunday Igboho, not to visit Iseyin for now.

The monarch said this in a telephone interview with our correspondent in Ibadan on Monday.

Oba Salau said the current mood in the town was not suitable for such rally because it could easily turn violent.

The NCS men were reportedly pursuing a sport utility vehicle which was loaded with dozens of foreign rice.

The monarch said, “Yes, I said they should not bring Yoruba nation rally to Iseyin. The town is not in the mood for such rally now considering what happened last week.

“You can know when they will start but anything can happen along the line. The people are still grieving. So, they should not come to Iseyin for any rally now.”

The monarch was said to have earlier in the day addressed a press conference in the town.