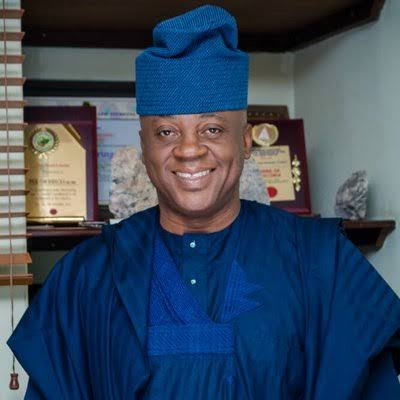 You are a Political Nincompoop—Group Blasts Jogor over Criticism of Makinde’s Appointment.

A political group known as the Oyo State Patriots has described a comment made by an Ibadan-based business, Mr Femi Babalola on the Political appointment of governor Seyi Makinde has a spate of uncharitable and worthless statement borne out of myopic and obsessive ambition to ascend Political pedegree without accurate proper understanding of the nitty gritty of good governance.

In a statement issued in Ibadan and signed by its spokesman, Comrade Ola Adeniyi , the group noted that Mr. Babalola’s criticism of the appointment of the Mrs. Olubamiwo Adeosun, Hon. Babatunde Oduyoye and Barrister Bolaji Ayorinde portrayed him as a “political nincompoop whose understanding of the political dynamics of Oyo State before, during and after the 2019 general election was disappointedly poor, myopic and self-serving”.

The group further noted that he is suffering the pains of jaundiced hope, lost aspirations and optimum rejection of his candidacy by the PDP Chieftains during the electioneering of 2019. “He should tell us who he supported during 2019 gubernatorial elections underground while he was doing his ‘sidon look’ but definitely not GSM.”

The group also noted that while Mr. Babalola Popularly known as Jogor was on a political leave from the PDP, “Makinde was very busy interacting with many individuals and groups across the political divide and even among technocrats who made concrete strategic, tactical, and logistical imputs into the preparation for the governorship election. Only a few of these elements have been compensated with appointments as many of them are not even interested in government position.”

They also noted that “all those appointed into the local government system and a very large majority of those appointed at the state level are well known PDP members. It is uncharitable for Mr Babalola to single out 3 persons whose contributions to the Governor’s success at polls are well known and acknowledged.”

The group also added“it is so unafrican for Jogor to be levying criticism against Governor Seyi Makinde barely 48 after the passage of his mother. It shows the extent to which Mr Babalola is beclouded by his lust for power forgetting his own antecedent of not being a politician when the PDP government Akala turned him to an emergency billionaire.

The statement added that the group wishes to encourage the Governor to “disregard the likes of Jogor whose understanding of the political dynamics in Oyo State is self serving, myopic and irredeemably poor. The Governor should continue to deliver dividends of democracy to the poor masses of Oyo State that have continued to applaud his wonderful efforts.”