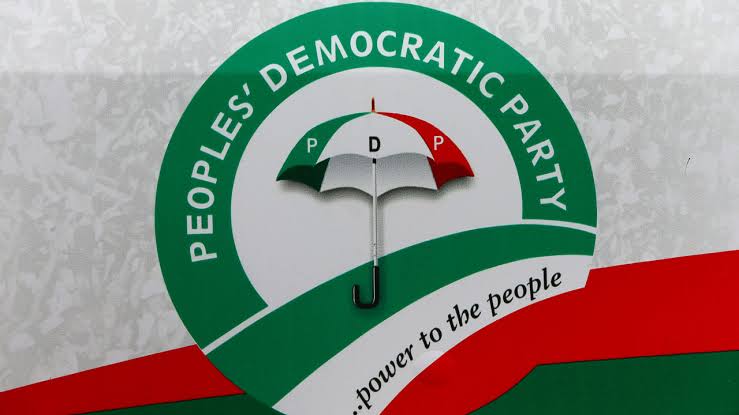 Recall that Olatunji, in a conversation with BISI OLADELE from The Nation newspaper, had said the Party’s Constitution conferred leadership of the party on the elected officials of highest rank, which means that Gov. Makinde remains the leader of the party in the Southwest region.

The PDP Surveillance group stated further that, Engr. Olatunji, had left the PDP since 2010 and went back , stayed briefly for three months in 2018 before joining ADC then to ZLP, when he was denied of Federal Rep. of Zenith Labour, he went back to ADC that later formed the coalition with PDP days before 2019 gubernatorial election.

The statement read ” We will like to use this medium to cautioned some newcomers in Oyo PDP about their unguided and eye service utterances, that they are to be wary of their naive political activities and comments about the party chieftains and elders. Our group had noticed that, some groups, individuals are using their low political orientation and lack of knowledge of our party structure to cause more damage to the party and for their paymasters, especially on social media.

” Asides some of the inexperienced and goofing writers employed by coalition PDP PRO to be defending our party on social media, it is saddened that Hakeem Olatunji, the unceremonious PRO will also go on newspaper publication to misinterpret and added his own idea to the PDP constitution, thou, been carried away by the fairly used car gifts from governor Makinde.

” It is wrong for Olatunji to say that the party’s constitution conferred leadership on the elected officer of highest rank. The statement is wrong and misleading, such can cause rancor, disorder among members of our party in the state, local and ward level.

” It is very necessary for Olatunji to get more facts and orientation in his publicity job, no where in the constitution is stated that the highest ranked elected official is the overall leader either at the ward, local government, state, region or national level. What he quoted while granting his interview with ” The Nation newspaper last night was totally wrong and if he is sure of what he said, we are challenging him to quote out for the public, where the section can be seen in PDP constitution.

“Also, we will like to advise Hakeem Olatunji to stopped dabbling to PDP southwest and Oyo state internal politics so as not to cause more problem among the zonal leaders, Olatunji is not yet a bonafide members of Oyo PDP, he is still a coalition member, he came through back door to PDP after presidential election of 2019.”

” We will also like to educate Olatunji that, while he is away in Accord party and Fayose been only governor in Southwest and zonal leader of PDP, he cautioned himself about interfering into other states party politics, even, Fayose as the zonal leader then did not contributed or has a say in Eddy Oyefeso emergence as the zonal chairman of the party.

” Olatunji need to know that, Fayose was not constitutionally fixed as overall leader of the party in Southwest when he was the governor of Ekiti, he got the position by consensus of the party chieftains and leaders, then the party was in order, no rancour, no issue but now, there is issues among our leaders at the zonal level, that was what brought about parallel meetings, in politics we can’t rule out that, even governor Seyi Makinde and Hakeem Olatunji are once a product of parallel cogress and that is what they are enjoying till today, so he should not be too arrogant to jettisoned the roaring of Fayose and his camp, all what we members needs now is to keep calm and to be praying for lasting peace in our dear party”.