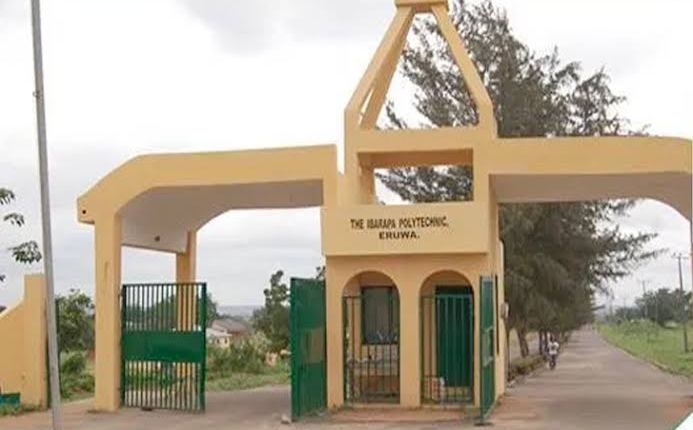 The Governing Council of the Adeseun Ogundoyin Polytechnic, Eruwa has disengaged the erstwhile management in accordance with the Whitepaper of the Oyo State Government.

A source which pleaded anonymity hinted that the Governing Council of Adeseun Ogundoyin Polytechnic, Eruwa (Formerly, The Ibarapa Polytechnic, Eruwa) Oyo State at its meeting on Friday 9th October, 2020 implemented the recommendation of the Oyo State Government White-paper on the determination of the appointments of the institution erstwhile principal officers

According to the Source, the appointments of the former principal officers: Mr. Rasheed Eyitayo (Rector), Mrs. Tomi Olatunji (Registrar), Mr Adegbola (Bursar), and Mr Kayode Joseph (Chief Librarian) were summarily dismissed by the Council on 9th October, 2020. The Council based its decision on the Oyo State Whitepaper and the institution staff handbook, section 10, subsection 10E (ii). The principal officers were dismissed for misconducts and abuse of office

” Letters of Summary dismissal had been communicated to each of the affected officers, both in soft and hard copies and they have received the soft copies while only Mr. Kayode Joseph acknowleged the receipt of the hard copy at the time of filing this report “.

Igbo Community Writes Makinde, Alaafin, Olubadan, Says They Are Committed To ‘One Nigeria’