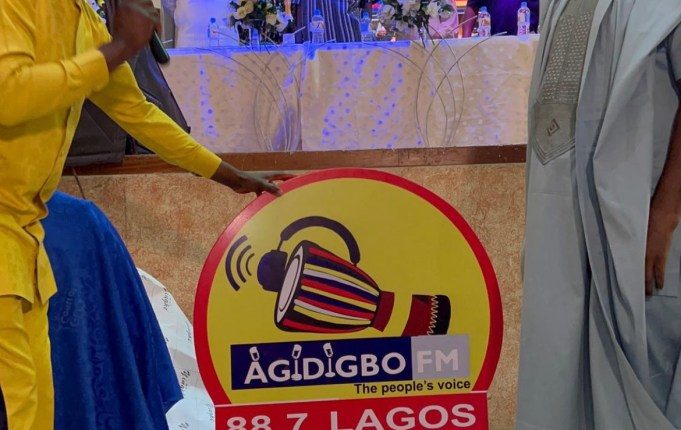 In what can best be described as a grand style, The management of Agidigbo 88.7 fm has today announced the launch of her new radio station, Agidigbo 88.7fm, Lagos, and a new Television outlet, Agidigbo Television Nigeria.

The announcement was made today during the grand finale of the week long first anniversary of Agidigbo 88.7fm Ibadan, at the International conference centre, University of Ibadan.

The new radio and television stations were unveiled by the chairman and group managing director of Agidigbo fm, Alhaji Oriyomi Hamzat who was joined by the Governor of Oyo state, Engr. Seyi Makinde.

Hamzat while speaking during the unveiling of the new outfits said the radio and television stations will soon commence operations in earnest.

The veteran broadcaster who appreciated the Oyo state government under the administration of engr. Seyi Makinde for creating an enabling environment for the Agidigbo 88.7fm, Ibadan to thrive, also appreciated the fans and supporters of the radio station for their support and prayer in the last year.

The philanthropist also gave a former Ibadan commercial driver, Muibi Shonubi, an award of honor in appreciation of his honesty and act of trustworthiness demonstrated when he returned a bag of money found in his cab in 1971 to the men of the Nigerian police force.

While speaking at the event, Oyo state governor, engr. Seyi Makinde commended the management and staff of Agidigbo 88.7fm for achieving such a notable success within one year of terrestrial broadcast, noting that such remarkable feat is an attestation to the seriousness, determination and hard work of young but vibrant and highly intelligent team of management and staff.

Makinde also assured that his administration will not relent in creating an enabling environment for businesses to thrive in order to enhance the economic progress of the state.

37 Years After, Makinde Presents Award of Honour to Driver Who Returned N5 Million Found in Ibadan