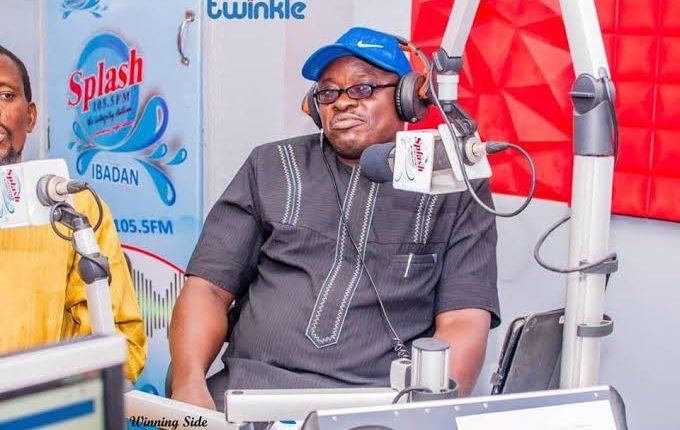 A popular Ibadan-based Cleric, Rev. Edward Koye-Ladele has urged Nigerians to be sincere with their call for new Nigeria by boycotting 2023 election has a way of driving home their demand.

Rev Koye-Ladele who was on IMPACT POINT – a weekly Current Affairs programme on IBR 92.5fm Ibadan opined that election should not be the next agenda if truly a new order is truly desired.

“Honestly, if you seek my sincere opinion, Nigeria should not go to poll in 2023. There should not be any election”.

On how the nation will run without an election in 2023, he said “we should pause to fix Nigeria. Many things are wrong in Nigeria. We have been building on faulty foundation. We have been wobbling and fumbling and someone asks -is that not going to create a vacuum in government? There will not be any vacuum in government. We once had interim government in Nigeria though it was illegal. The only way
interim government could be legal is if it is given constitutional backings”.

“We have a Chief Justice who will man the nation at the federal level, we have Chief Judges of the various States who will man it at the various States with the Civil Servant. Let there be a Conference to fix Nigeria. If we are really a serious people, if we really desire a better Nation, we need to be decisive. What we have now is like building a cement house on a mud house, it will collapse”.

It would be recalled that the the Independent National Electoral Commission (INEC) has released the time table for the 2023 elections. When reminded that the time-table for the election is out, he queried “for how long shall we do things wishy-washy?”. I think sanity should come on us now. Let us pause in 2023 to fix Nigeria. Let them hand-over to interim government. Let us discuss which direction Nigeria is going. If we keep saying can we do it, we can’t keep picking little little things here and there. We don’t have a system that can sustain the like of things in America”.