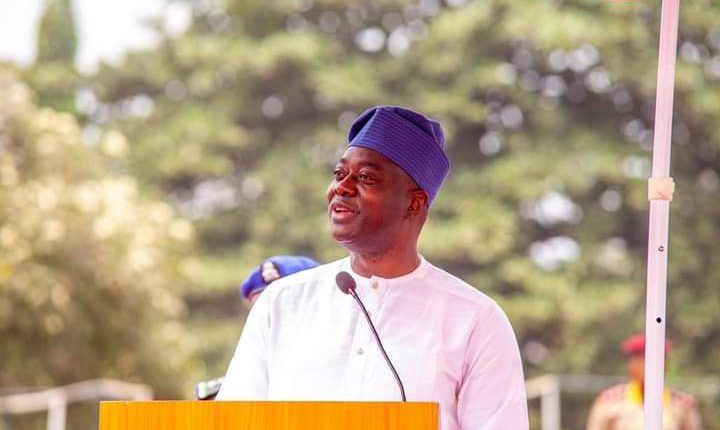 The Joint Action Committee of ASUP, SSANIP, COEASU and SSUCOEN in five tertiary institutions have directed its members to embark on indefinite strike over the activities of Platinum Consultant.

The JAC alleged that high handedness of the Platinum Consultant is crippling the progress of the tertiary institutions in Oyo State.

Following the expiration of the three (3) day, (after the initial seven (7) day) ultimatum issued to The Government on the demands for the reversal of the aberrations of the operations of PLATINUM CONSULTANTS AND REFUSAL TO PAY ACCRUED ELEVEN (11) MONTHS MINIMUM WAGE ARREARS among other issues.
After exhaustive deliberations, the body considered issues thus:
Operations of Platinum Consultants
Members of the general public should please recall the patriotic efforts of JAC in raising her voice against the tyrannical attempts of the previous administration to destroy The Tertiary Institutions sector. JAC is not relenting in any ways in her determination to continue to resist any attempt to subvert the sanctity of the sector by introducing any measure that is alien and inimical to the smooth running of the schools. One of such aberrations and threats to the smooth running of the institutions is the illegal operations of the PLATINUM CONSULTANTS as an authorizing body for every spending by the institutions. A practice that is unknown to all laws establishing and guiding the smooth running of the institutions.
JAC as a civil body of erudite persons had made several entreaties to the present administration of Engr. Seyi Makinde to correct this abnormality in the past, all to no avail. Aside from the several independent civil approaches by JAC, we are also aware of similar fruitless efforts by other stakeholders in the sector.
JAC noted that the operations of the consultant is crippling academic activities in the institutions and might prevent the teaming youths of the state access to sound and qualitative education if this current trend is sustained.

Accrued 11 months minimum wage arrears
The body noted that The Government has failed to pay or give any committal towards the fulfillment of the contents of the January 13, 2021 agreement to totally defray the accrued minimum wage arrears from January to November 2020 minimum in not more than three (3) installments.

Salary augmentation
The reality of the overwhelming negative effects of the actions of the incumbent administration in forcing each institution to be responsible for continual defrayment of the monthly arrears of salaries incurred during the dark era of the previous administration and the new minimum wage are dawning on all of us, as a yoke that will eventually cripple the sector if not nipped in the bud. Against the misleading advice of Platinum Consultants to The Government, the reality is that no Institution can barely survive under this burden.

RESOLUTION
Haven fulfilled the requisite procedures for embarking on legitimate industrial such as seven (7) and three (3) days ultimatum to The Government and respective Governing Councils on the 15th and 24th of February 2021 respectively. It is rather unfortunate that despite all efforts by JAC to sustain the existing industrial harmony in the institutions, The Government is frustrating all efforts as it remains both unperturbed and unresponsive to all agitations up to the close of this meeting.
Following the foregoing, extensive consultations and arising from its meeting of Monday 1/3/2021, JAC hereby declares the immediate commencement of an INDEFINITE TOTAL STRIKE ACTION of all its members viz: ASUP, COEASU, SSANIP & SSUCOEN in TOP Shaki, EACOED Oyo, AOP Eruwa, OYSCATECH Igboora and OYSCOED Lanlate.
Thank you and God bless Oyo State.
Signed.