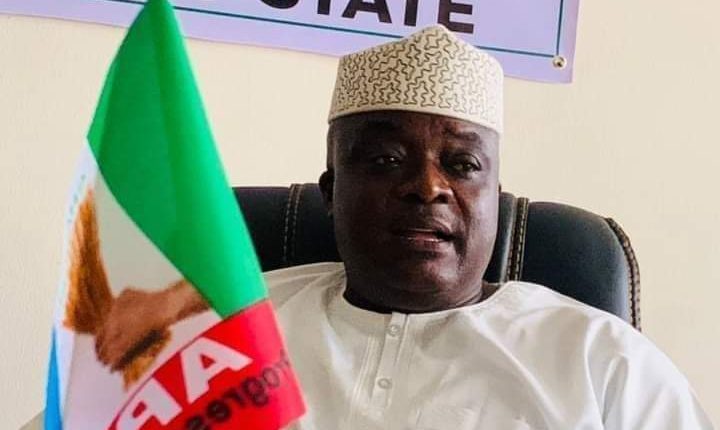 Members and supporters of the All Progressives Congress (APC) in Oyo State who thronged the Obafemi Awolowo Stadium, Ibadan, on Thursday were left in confusion as the governorship primary of the party could not be concluded as scheduled.

The exercise gravitated towards being inconclusive when chairman of the governorship primary election committee, Senator Tokunbo Afikuyomi, at about 6.20 p.m. requested the governorship aspirants to prevail on their supporters, who thronged the stadium in large numbers, to leave the venue.

Not long after the appeal by Afikuyomi and five of the governorship aspirants present at the venue, both the committee members and aspirants left the venue, followed by the thousands of party members who had besieged the stadium.

Though no official announcement of postponement was made by the Afikuyomi-led committee, some top sources at the venue said the exercise was suspended to fix apparent logistics lacuna, address various concerns raised by aspirants and security threats associated with proceeding with the primary.

Some party sources said a new time for the primary would be communicated within 48 hours, though there were those who specifically stated that the primary was rescheduled to hold on Friday.

Prior the decision to commence the exercise, the aspirants had earlier held two meetings at Premier hotel, Ibadan.
The first meeting at about 10:00 a.m. had in attendance all the six aspirants: Hakeem Alao, Adebayo Adelabu, Teslim Folarin, Azeez Adeduntan, Akeem Agbaje and Niyi Akintola while Teslim Folarin was absent at the second meeting fixed for 1:00 p.m.

The aspirants had called for the afternoon meeting to examine the delegates list brought by the Afikuyomi committee for the conduct of the primary.

Coming out of the second meeting, Hakeem Alao and Niyi Akintola alleged that the delegates list had been doctored and skewed to favour a particular aspirant.

Adebayo Adelabu simply told journalists that the resolve is to go to the field for the primary scheduled for 4:00 p.m.

Hakeem Alao said notwithstanding the ‘doctored’ delegates list, some of the aspirants resolved to go to field and ensure that the primary held without rancour.