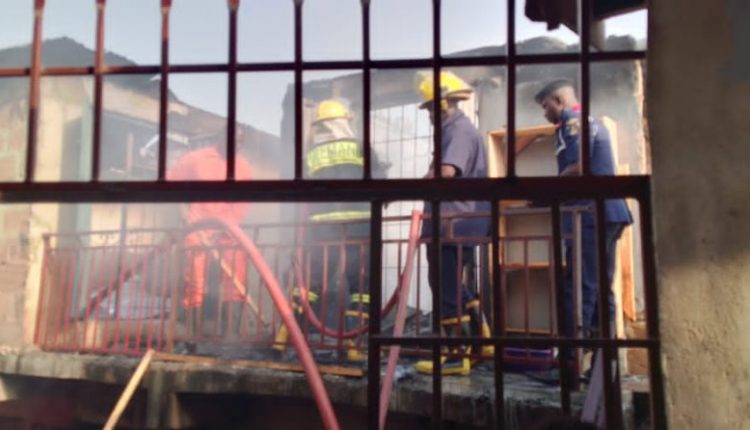 Tragedy struck at Agbeni Market on Monday as fire razed down some shops destroying goods worth several millions of naira.

According to reports, the incident occurred at the Jamoje compound in Agbeni market in the early hours of the day.

Traders in the market reportedly made several efforts to put out the fire all to no avail.

Reports have it that about four shops were affected by the inferno, before help came.

It was further learned that goods worth millions of naira were destroyed before the fire was extinguished.