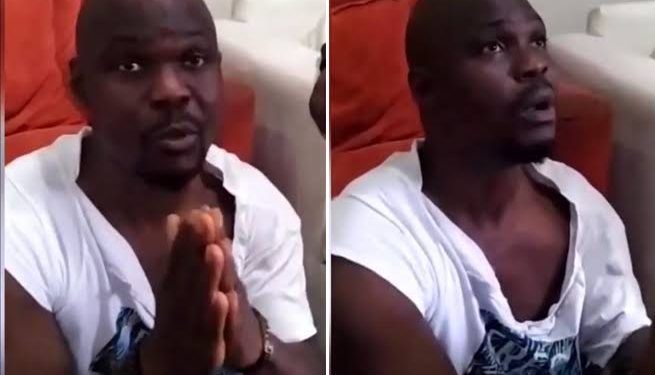 A video of actor, Baba Ijesha, confessing to sexually assaulting a teenager has emerged online.

Recall that Ijesha was arrested after a CCTV camera captured him molesting the foster child of popular Comedian, Princess.

Also, Princess in a video via her Instagram account on Wednesday gave a detailed account of how the victim who lives with her, was molested by the actor in her home, explaining that the victim only recently opened up to her about the abuse.

However, reports emerged that the actor is about to be released on Friday from the Panti prison in Lagos without answering the charges against him.

Reacting, actress Iyabo Ojo, in a video on her Instagram account on Thursday showed the actor being interrogated by comedian Princess and some other people after he was nabbed attempting to molest the child again.

The video showed Ijesha pleading for forgiveness and also saying he has a problem.

He further admitted to having spiritual problems, adding that the devil pushed him into doing what he did.

“Please forgive me. I don’t know what is wrong with me.

“Please forgive me this is the devils’ work. I have a spiritual problem” he said