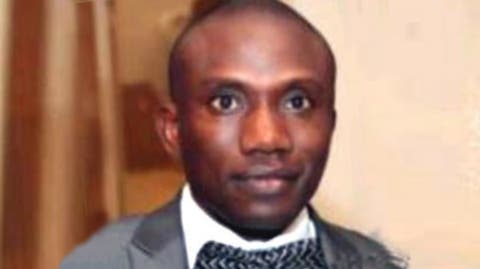 Lekki massacre: How did we get here?—Niran Adedokun

Once again, leadership failed Nigeria massively this past week. Someone said that if you do not know the purpose of a thing, abuse of that thing is inevitable. A lot of those in leadership positions in Nigeria do not know the purpose of their remit and as a result, they abuse it wantonly. The abuse of the purpose of leadership, stemming from gross incompetence and lack of know-how about modern governance is why the otherwise peaceful #EndSARS protests initiated by concerned Nigerian youths, have been so badly mismanaged, becoming a disgraceful show where the state turned against her own people.

As of Wednesday morning, tens of people, mostly innocent, have lost their lives from violence, (partly state-sponsored, partly instigated by hoodlums) resulting from #EndSARS.

And as I write, almost 24 hours after military men turned their guns on peaceful protesters, (an unspecified number believed to have been killed and 25 being treated in various hospitals), Major General Muhammadu Buhari (retd), the man elected by these same youths as President and Commander-in-Chief of the Armed Forces has not said a word as to how regrettable the incident was. That is unpardonable. It’s an indictment of the President and an indication of his inability to comprehend the essence of his high office.

In 2014 or so, Buhari told Nigerians that he had become converted to the principles of democracy. Well, the President just faced the most difficult test of that self-proclaimed conversion and failed woefully! In fact, what Nigerians have witnessed in the past 48 hours brings back memories of the struggle for the restoration of the June 12 election during the Babangida and Abacha military regimes of the 1990s. It’s a shame that anyone who canvassed the votes of Nigerians would allow them go through their most recent experience. It didn’t have to get to this extent if the President had learnt anything from democracy and Nigeria’s recent history.

Democracy is built on the culture of engagement and negotiation. Agents of this regime have continued to regale us with their response to the five demands of the protesters. While one cannot take anything away from the regime’s gesture on these fronts and the steps that have been taken by some state governors, the fact that the protesters refused to be persuaded indicates that there is a justifiable distrust of government and that these seeming knee-jerk responses didn’t and understandably so, convince.

For instance, the decision of the Inspector General of Police, Mohammed Adamu, to replace SARS with the Special Weapon and Tactics Team within 72 hours raised legitimate questions about how much rigour went into the formation of the new squad and how much of the ills of the defunct irritant structure might be retained in the new entity.

If your country’s young population refuses to be persuaded by this move, the President should have addressed the issues directly and not through proxies! This is more so because the protesters made it clear that the major disconnect results from a distrust of government. All the President needed to have done was to come off his high horse to calm frayed nerves by making measurable promises that should reassure the youths. Such relational engagements have proved to be a very effective instrument in the hands of democratic leaders even here in Nigeria when we recall how the late President Umaru Yar’Adua persuaded youths of the Niger Delta to sheathe their swords just a little over a decade back. The failure or refusal of Buhari to seize this unique opportunity left this issue to fester until fifth columnist began to take advantage of it as is wont to happen.

Another instance of leadership failure one sees here is the meeting where the 36 governors could not agree on a single way to deal with SARS. While most governors of the states in the South with the possible exception of Babajide Sanwo-Olu of Lagos and Nyesom Wike of Rivers were either equivocal or totally silent about whether SARS should continue or not, governors of the northern states outright rejected any attempt to scrap SARS. That is very unfortunate. It is unfortunate to the extent that it brought about a conflict in the messaging of the management of the situation. While the IGP had already proclaimed the disbanding of SARS, northern governors insisted on its importance and within long, some youths in the north started to toe the line of the governors and threatened #EndSARS protesters. This, to my mind was the beginning of the pockets of violence that have now engulfed the country.

Now, without prejudice to the right of governors from any part of the country to decide what is good for them, leaders of the country have to make up their minds as to whether they want a united country with common destiny or not. If SARS had become an object of significant contention in any part of the country, true leaders from across the country should work together to see to the dismantling of the structure especially as the Federal Government already had plans for a succeeding unit. Nigerian leaders, even if they desire to split Nigeria, must realise that what affects one part currently affects the other. This demands a sense of universal responsibility.

The failure to understand that leadership and the privilege of power are service to the people is why Nigeria is where it is today. That’s why head of security agencies prioritise loyalty to the President over the country and her people. Of course, this mentality transcends generations of Nigerian leaders, but nothing exemplifies this abuse and misuse of the people’s mandate as Tuesday’s attack on innocent protesters at the Lekki toll gate and a number of other places in and outside Lagos.

While it is true that the #EndSARS protests were exploited by hoodlums to unleash terror on Nigerians, that the planners could have been a bit more circumspect and that no responsible government would allow such destruction and loss of lives go without check, the deployment of military men who fired live bullets at defenceless Nigerians is evidence of overlord mentality as well as the lack of understanding of the spirit of leadership by those who rule Nigeria. This becomes even more obvious when you consider the fact that rather than head for well-known hotspots within the city to arrest hoodlums, the shooters directed their mindless attack on young men and women who had protested for 12 days without violence, had the presence of mind to hold the national flag and sing the anthem as a sign of their allegiance to the country. So, you leave the miscreants who make life difficult for others and fire live bullets at those who represent the best that future could hold for the country! What warped logic is that? In any case, which country puts the lives of those who constitute her future at such jeopardy when they bear no immediate harm?

And in fact, exhibiting such command and control mentality at this time in the history of the country is an indication of the country’s failure to learn from history. Close to two decades ago, the extrajudicial execution of a man known as Mohammed Yusuf was what ignited the Boko Haram sect that has tormented Nigeria for the better part of the last 15 years. For how long do Nigerian leaders want to put the country on the path of avoidable danger?

Having said all of these however, it should be pointed out that the whirlwind that Nigeria is battling with today is a direct consequence of the wind it has sown over the years. The good, the bad and the ugly that Nigeria has made of its youths have come back to demand recompense for the years of neglect and carelessness. Government should also note that no amount of force against the youth would suppress agitations for the very basic things that make life meaningful for them.

In “We kill militants but in vain,” published in this column in August 2016, I wrote: “And this is one of the points that Nigeria needs to urgently contemplate alongside, if not ahead of, military actions like the one under discussion. According to a 2012 survey of the National Bureau of Statistics, youths in the 15 to 35 age brackets were nearly 70 million of the 166 million Nigerians then. Fifty-four per cent of this number of youths were unemployed as of August 2014. Hundreds of thousands of more youths would have joined the number in the past 24 months, what does a country expect when the majority of its most productive population have no jobs and practically nothing to hope for? There is also the issue of young school leavers who are unable to gain admission into higher institutions while the nation offers no alternative for them…”

Hope for a bright future is all these youths ask for and any attempt to quench this agitation will only postpone the evil day. Strength and the exuberant display of the same are two of the advantages of youth, and the President and other leaders, must employ the advantage of wisdom that is expected to attend age to positively engage the vigour of the youth for national development. Otherwise, Nigeria will only be building a militarised population (especially from the army of the untrained), which would do the future of the country no good, that is if we allow any future at all.