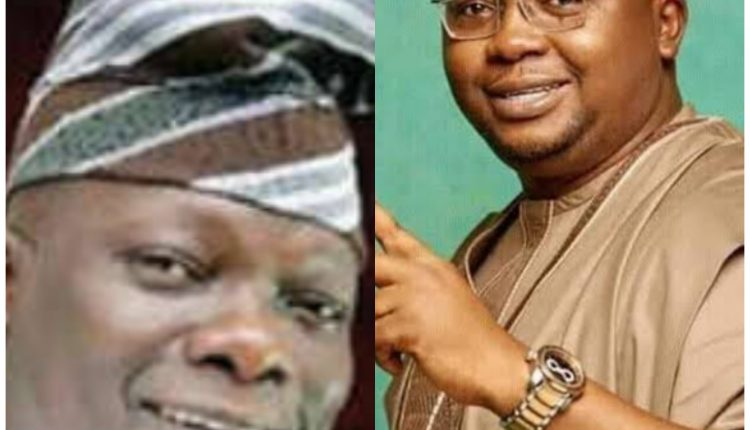 Oyo APC Governorship Primary: Will Folarin (Jagba Master) Succed In His Tactics? Can Adelabu Repeat Another Last Minute Jagaban Intervention? 24hours Too Much Of An Intrigues

The All Progressives Congress (APC) Oyo State Chapter is set for tomorrow’s governorship primary to pick its flag bearer that will slug it out with the Incumbent governor Engr Seyi Makinde who’s party primary is to take place today, as Former deputy governor Hazeem Gbolarumi Stands no threat for Makinde’s next year’s Re-election.

Who wins the ticket? Remains one of the hardest answers to get in Oyo Apc camp.

Two aspirants are considered as major ones among those jostling for the ticket of the All Progressives Congress (APC) in tomorrow’s governorship primary. They are Chief Bayo Adelabu and Sen. Teslim Folarin. Others that are unlikely to cause any upset are Hakeem Alao and Dr Azeez Adeduntan.

Adelabu was the candidate of the party in the last election. He polled 357,000 votes but was roundly defeated by incumbent Governor Seyi Makinde of the PDP who polled over 510,000 votes. But Adelabu has been emphasizing that he has gathered more experience, stressing that what happened during the last general elections was the will of God. A former deputy governor of the Central Bank of Nigeria (CBN), Adelabu is a successful banker, finance expert and investor.

The other major contender is Folarin. He served as a two-term senator on the platform of the PDP. He defected to the APC in 2018 and picked the senatorial ticket with the influence of the then Governor Abiola Ajimobi. He worked with the Ajimobi political family until the former governor’s demise. Since then, he has deplored his astute political experience and tact to take over the control of the party.

Folarin who is now a third-term senator is leveraging on his wide contacts in Abuja to have an upper hand over the other group. He has the backing of virtually all former PDP members in the party in addition to some ‘aboriginal’ progressives joining his team because he now holds the ace. But the senator representing Oyo Central Senatorial District can not go to sleep, believing the primary will be a walk-over. The faction headed by the famous Pa Abu Gbadamosi, and to which Adelabu belongs, is leaving no stone unturned to ensure victory at the primary.

Yesterday the news making rounds is that some Cabals from Abuja has directed the Oyo Central Senator Teslim Folarin to step down his ambition for the 2019 APC Gubernatorial Candidate Chief Adebayo Adelabu, this sent tention in the camp of the Jagba Master as he’s foundly call.

But in a swift reaction the camp of Senator Teslim Folarin debunk the news in it’s entirety, adding that no APC top hirrachy ask him to step down his ambition for anybody, while calling his supporters to keep the spirit high, assuring them of nothing shot of victory at the Primaries.

Tomorrow will be a defining moments in the history of Oyo APC, The Lost of Major Stakeholders such Late Abiola Ajimobi, Late Alao Akala has distrupt the decision strength of the power brokers. Whoever wins the primaries is most likely to slug it out with the incumbent Governor Engr Seyi Makinde.

Untill it’s official both Camps of the two leading Aspirants are tensed, jeltry of the intrigues that are bound to unfold in the next 24hours…

BREAKING: Gbolarumi Hazeem Steps Down For Makinde, Says Politics Is A Game of Numbers