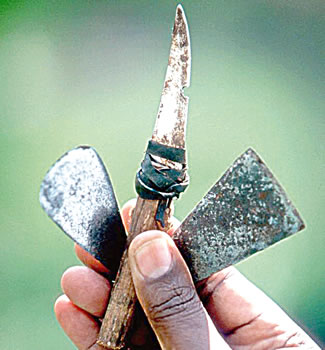 • As experts agree it has no benefit

The Oyo State Government will now start prosecution of anyone found guilty of perpetrating any act of Female Genital Mutilation (FGM) across the state as recent laws in the state have termed the act of FGM a criminal offence.

This was made known at the weekend during a one-day capacity building workshop for journalists on FGM themed “Stop Cut Project/stakeholders capacity building” held at Koltol Hotel plaza, Ibadan.

The workshop which is a partnership between the Oyo State government and HACEY Health Initiative was to sensitise journalists on the need to partner with the government to stop the act of FGM which is still high in Oyo State.

Speaking during the workshop, the representative of HACEY Health Initiative, Emmanuel Oni, in his welcome remarks, said FGM is a crime in the state and that anyone caught engaging in FGM would be prosecuted in line with the recent laws passed in the state.

“With these laws, the government has given us the go-ahead to officially prosecute any perpetrator of FGM. The passage of these laws has given us the support to work with security agencies to ensure that we bring this practice to an end,” he said.

In her presentation, the Oyo State Coordinator of Female Genital Mutilation, Mrs Bilkis Kemi Olawoyin, said the practice exposes girls and women to more health issues that usually have irreversible implications, adding that it is high time Nigerians stopped the practice and help prevent future health complications that might arise for the girl child and women in general.