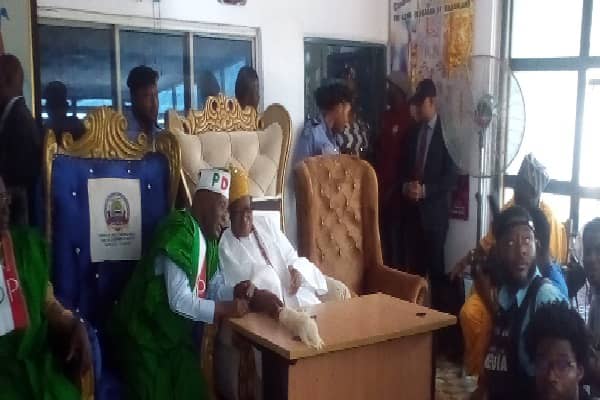 The monarch, who described Atiku as his friend, said he was not happy with the recent happening in the party, saying Atiku should do something fast as soon as possible to unite the party ahead of the 2023 general elections.

G-5 Governors, including Nyesome Wike (Rivers); Samuel Otorm (Benue); Ifeanyi Ugwuanyi (Enugu); Okezie Ikpeazu (Abia) and Seyi Makinde(Oyo) were at loggerheads with Atiku over the resignation of the national chairman of the party, Iyiocha Ayu.

Speaking in Ibadan while receiving Atiku, who was on a courtesy visit to his palace, the monarch said Atiku’s reconciliation become necessary for his victory in 2023.

He however said if Atiku become the President, he should not forget traditional rulers, resolve insecurity and allow Ibadan to become a State.

Atiku said PDP government would make sure traditional rulers are relevant across the nation particularly at this time the country is experiencing many security challenges.

“I remember role of the traditional institution during the colonial era when they were responsible for maintaining law and order in their respective domains, PDP government will look into all these institutions to bring about safer and more united Nigeria.

“These are some of the policies we intend to deploy when we emerged, we intend to open up the economy so that Nigerians can have jobs in all sectors of the economy,” he said.

2023: SDP Will Form Next Government In Oyo – Ex-Attorney General