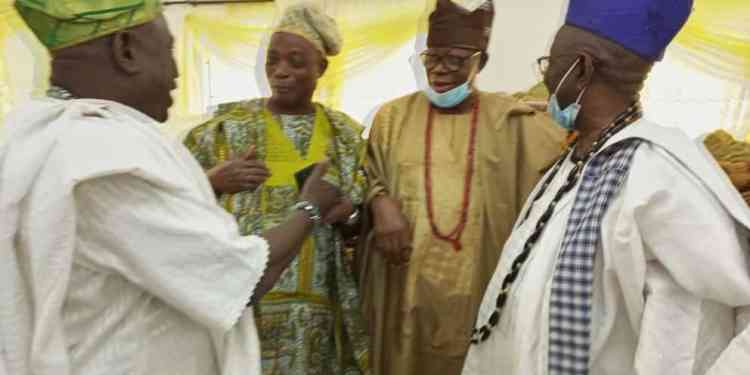 Following the official announcement of Sen. Lekan Balogun as the next Olubadan of Ibadan by Gov. Makinde on Monday, the Ibadan chief makers have announced the upward movement of some key members of the council.

Briefing news men on new statuses of the chiefs, Otun Balogun of Ibadan land, High Chief Tajudeen Ajibola, after the council’s maiden meeting held at the Alarere residence of the Olubadan-designate disclosed that the council also took note of the necessary promotion and reconstitution of the Olubadan-in-Council, occasioned by the elevation of the Otun to the position of Olubadan.

Others were High Chiefs Oyewole; Kola-Daisi and Hamidu Ajibade.

Barring any unforeseen circumstances, the council also revealed that Dr. Lekan Balogun may be enthroned as the new Olubadan of Ibadan land before middle of March.

He said the position of the council was based on consideration for both incoming Ibadan festival and Ramadan which will hold very soon.

The council during the meeting was said to have given serious consideration in choosing the date for the inauguration.

He said the meeting which had all members of the Olubadan-in-Council in attendance, except the Osi Olubadan and former governor of Oyo State, Sen. Rashidi Ladoja, and Iyalode of Ibadan land, High Chief Theresa Oladuntan Oyekanmi, was to pay courtesy call on Balogun and formally congratulate him on his elevation from the position of Otun to that of Olubadan.

“Olubadan has to make a very significant presence at the annual Ibadan Week Festival and having perfected everything necessary for Dr. Balogun’s emergence, we are working to ensure that he features at the programme as the substantive Olubadan.

“Again, we are conscious of Ramadan fast and would not want to put our guests under unnecessary pressure by holding the inauguration during the period. All these we considered at the meeting but could not make anything categorical until we meet with the governor, Engr. ‘Seyi Makinde,” Oyewole said.

He also revealed that the council resolved at the meeting that a courtesy and thank you visit be made to Governor Seyi Makinde for his interest and the speedy time allowed in the inauguration of a new Oba for Ibadan land.

“We all visited the governor and despite the fact that we didn’t meet him, were well received by the Secretary to the State Government, Mrs. Olubamiwo Adeosun who promised to convey our message to him,” he added.

On the absence of two of the Council members, the Otun Balogun explained that Iyalode was outside Ibadan while Sen. Ladoja sought the council’s permission to honour a medical appointment that had been fixed previously, saying, “he was happy to join our crusade to the new Olubadan and the state governor.”