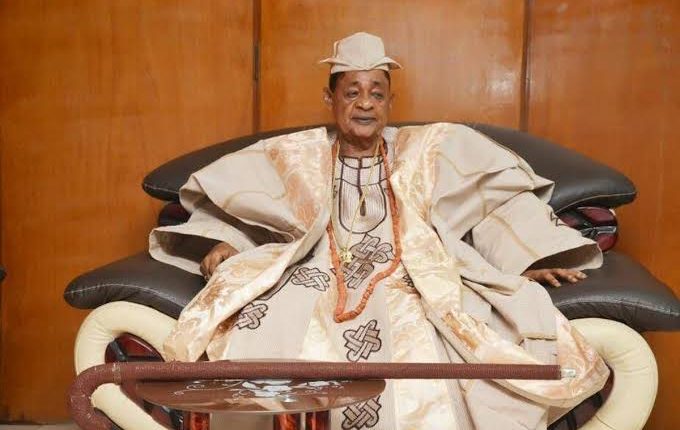 Tegbe Eulogies Alaafin At 82, Says He is Repository of Wisdom.

Mr. Joseph Tegbe, a gubernatorial candidate in 2019 general election has felicitated with the Alaafin of Oyo, Oba Lamidi Adeyemi as he clocks 82 years of prosperous year on planet earth

In a statement made available to newsmen, Tegbe described the imperial majesty as an encyclopedia of culture and a repository of wisdom.

The statement reads; “I’d like to felicitate with His Imperial Majesty, the Alaafin of Oyo, Oba Lamidi Adeyemi III and by extension, all Oyo sons and daughters, at home and in diaspora on the occasion of his 82nd birthday.

The Alaafin embodies royalty at its very best. He is undoubtedly a great repository of wisdom and knowledge. Kábíyèsí can be aptly described as an encyclopedia of culture and traditions of the entire Yoruba race; an institution revered far and near.

Oba Adeyemi has over the years, successfully sustained an heritage of patience, tolerance and always be at the vanguard of peace which is the hallmark of good governance. We will continue to celebrate his legacy of peace and harmony which promotes development in Oyo State and across the country

I extol the uncommon wisdom with which our royal father has been administering his domain for over half a century; consistently promoting peace and sustainable development. I pray that the dreams we share towards the development of the state and the uplift of her people will come to pass.”