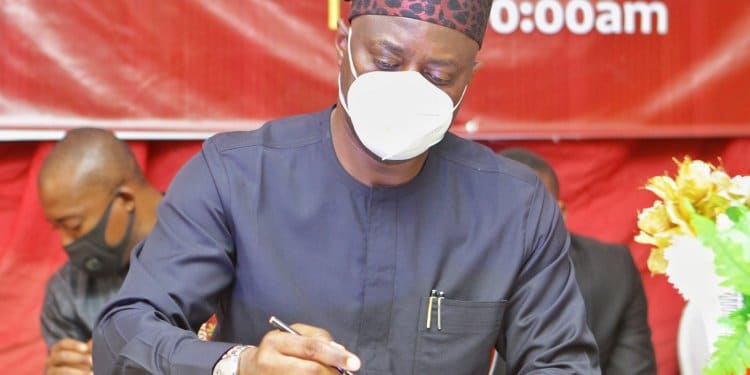 Members of the Kitchen cabinet of Governor Seyi Makinde have been gripped with uncertainty and uneasy calm following the widespread speculations that the executive governor, Engr Seyi Makinde might decided to reshuffle his cabinet earlier than expected.

A confirmed report by sunrisebulletin.com revealed that the governor is keeping everything related to his cabinet reshuffle very close to his chest to avoid unnecessary political uproar.

The source maintained that the governor who is keen on bringing into his government new hands that will help him achieve his key agenda within reasonable period maybe showing some key officials such as commissioners the exit door while stating that others who will be lucky to remain may be redeployed to other point of designations.

Sunrisebulletin.com recalls that Governor Makinde earlier in year 2020 sacked former commissioner for public works, Professor Raphael Afonja and also redeployed Professor Daud Sanhodoyin who was formerly commissioner for Education to ministry of Establishment and Training, while his counterpart, Barrister Olasunkanmi Olaleye was moved to the ministry of education.

Recently, in continuation of the mild reshuffle in a bid to strengthen his cabinet, Makinde further swapped commissioners for local government and chieftaincy matters and commissioner for special duties respectively.

The source claimed governor Makinde may not be satisfied with the performance of some of his aides and may effect the cabinet reshuffle this week or latest before the end of November, 2020.

Makinde, who presented a budget proposal of N266.6 billion naira to the state house of assembly yesterday 23rd November, reiterated his commitment to achieve his economic agenda for the state within a reasonable time frame of his administration.