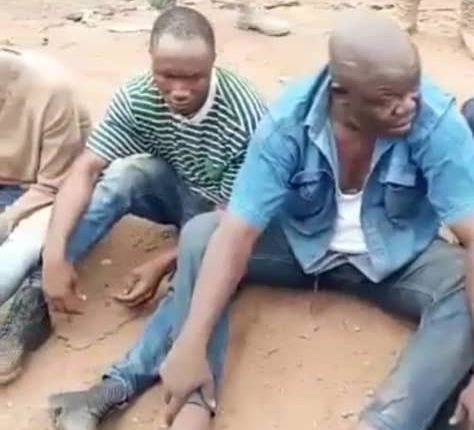 Some men of the Nigerian Army and other security agencies, on Sunday, arrested a popular political thug known as Wééré and his boys, who were alleged to have caused mayhem in Ibadan recently.

Wéérè was alleged to have led other twelve boys to attack a Honorable member of the Federal House of Representatives, Hon Shina Peller at his Iseyin home.

Unknown to the thugs, Hon Shina Peller was adequately prepared and the security forces swung into action arresting the thugs.

However, pictures and other political memorabilia of the gubernatorial candidate of the APC, Senator Teslim Folarin, were found in the vehicles used by the thugs to perpetrate the attack.

Wééré had earlier been alleged to have masterminded the attack on PMS boys after the state government’s commissioning of the Bus Terminals in Ibadan, sometimes last month.

Alubankudi Allege that they were sent from Ibadan by the gubernatorial Candidate of the All Progressive Congress (APC) Senator Teslim Folarinto to carry out an assignment, which was to assassinate a federal lawmaker who source confirm is not in the good books of the senator.

They’ve been whisked away by the security operatives to avoid mob action by the furious residents who throng out in mass, as they were shocked by the revelations..