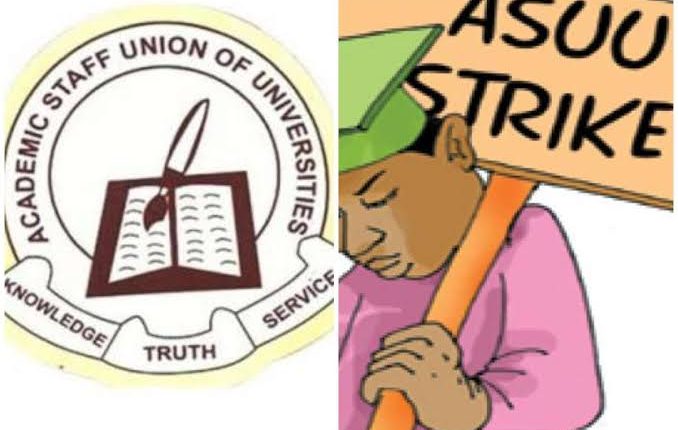 We Are Now Ready To Go Back To Class—ASUU

The Academic Staff Union of Universities (ASUU), on Thursday, through its President, Prof Biodun Ogunyemi, has announced that the union is ready to suspend its prolonged strike and go back to class and continue academic activities.

The ASUU President gave the hint even as the Federal Government, through the Minister of Labour and Employment, Dr Chris Ngige, assured it would meet the union demands within time frame it stipulated.

Prof Ogunyemi, who was speaking at a meeting between the Federal Government, led by the Labour Minister and ASUU leadership, led by the President, said their members are willing to resume because it is a matter of national interest.

The President said: “Our members are ready and willing to go to class because it is a matter of national interest. Just like every other person’s child is at home, our member’s children are also at home.”

Prof Ogunyemi commended the Senate President and the Minister of Labour and Employment, the Accountant General of the Federation, among others for making it possible for them to discuss on the issues.

He pointed out that though, ASUU delegation came with an open mind to the meeting, its members out there expect much from the meeting.

The ASUU president also explained that it is a matter of national interest that “we do what we are doing, and we are conscious of our place in history;” adding, “If academic do not defend the academia, who defend the academics.”

Ogunyemi, therefore, appealed to all to look at the issues affecting the university system as a national emergency in the country.

Dr Ngige said the government is currently taking steps to ensure that all the demands of ASUU are met within the time frame issued by the union.

There Was No Indication of Sickness, She Died Peaceful—Makinde’s Family Announces Gov’s Mother’s Death

Buhari Commiserates With Makinde Over Mother’s Death, Describes Her As Rare Gem