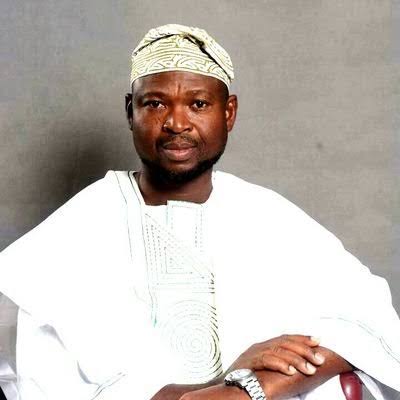 The gubernatorial aspirant of Alliance for Democracy (AD) in the 2019 election in Oyo State, Engr. Oyedele Hakeem Alao has said that he and some stakeholders would unleased their incredible power to ensure that Governor Seyi Makinde’s administration don’t exceed 2023.

Alao, who released the statement through his media aide, Omotayo Iyanda, and made it available to the newsmen on Tuesday, queries the proposed plan of the administration of budgeting N12b for the procurement of 106 Mass Transit Buses, beautification of Challenge Felele-Idi-Odo Roundabouts and rehabilitation of the two-link road in the Ibadan metropolis adding that the Governor is on another reckless spending spree of squandering almost N12b.

Alao queries, “The announcement of the Engr Seyi Makinde administration last week to spend a total of N12b on purchase of 106 Mass Transit Buses (MTBs) and rehabilitation of just two spots of roads in the Ibadan metropolis calls for concern and questioning.”

Engr. Alao averted that the procurement of the buses and the beautification of Challenge/ Felele- Idi-Odo Roundabouts are needless adventure adding that these projects would not added any economic value to the State. He further stressed that even if the Governor would want to purchase the buses, it should not be on a third party contractual terms.

The former gubernatorial aspirant further queries the rationale behind the Governor’s decision to purchase 106 buses for N9.3b while Lagos State Government bought 80 BRT for N3.9b.

He asked “First, how can the government of Engr Makinde buy 106 buses with N9.3b? What type of buses are they buying with such a huge amount which can be channeled elsewhere for something productive?

“What type of buses is our governor buying at that cost when Lagos State was reported to have purchased the 80 BRT buses burnt down during the #EndSARS mayhem at the total cost of N3.9b.”

He spoke further, “If Oyo State is buying the same brand of buses of Lagos State, it means that when Lagos bought a unit at the rate of N48.7m, our prudent governor will be buying our own at N87.7m.

“Again, why must the buses be purchased through a third party company, even if our governor must acquire them?,” he asked.

He further inquired, “Second, how on earth will our governor plan to spend almost N3b for rehabilitation of Felele-Idi-Odo junction and Akobo General Gas road?

“Of what serious strategic economic importance is the Felele-Idi-Odo junction to the general economic well being of the people of Oyo State?

The party chieftain, stressed that “In totality, our governor is on another reckless spending spree of squandering almost N12b.”

He reminded Makinde that he should remember that all the money expended on the beautification of Oyo State by late Senator Abiola Ajimobi was a waste of resources as the project “has never been of any benefits to the people of Oyo State. Today, all the huge amount has gone into the drain.”

While wondering why leaders of today “run crazily after loans and borrowings,” Engr Hakeem Alao noted that Senator Rashidi Ladoja did not take loan to do most of the achievements he recorded during his tenure, saying “High Chief (Senator) Rashidi Ladoja, as the governor of Oyo State (2003-2007), did not really have records of loans and he performed very well and achieved lots in free education, building of schools, agric, industrialisation, prompt payment of salaries, etc.

“Senator Ladoja also did some investment which some people misconstrued as an attempt by the Osi Olubadan of Ibadanland to defraud the state, but in the end he was vindicated.

“So also Alhaji Lamidi Onaolapo Adesina did well and there was no serious record of loans to achieve effective governance while he held sway. Engr Makinde, why not be humble and learn from elders, particularly Senator Rashidi Ladoja?”

Engr Hakeem Alao, therefore, states that “It is now glaring maybe certain caliber of people are just in power to expand and strengthen their personal estates at the detriment of the poor suffering masses. Our present governor in the state seems to belong to this category of “leaders”.

“Well, it is on record that prior the 2019 elections, the company of our governor, Makon Engineering Ltd, has gone into coma and bankrupt even till now as the top management level staff of the company were/are resigning their appointments due to the consistent lack of payment of salaries and other issues threatening the existence of the company, part of which is poor management of finances.

“It is now becoming glaring with the kind of projects the governor is spending the Oyo State’s hard earned financial resources on that Engr Seyi Makinde, a Niger Delta dude and contractor, is all out to steal money to refill the very deep financial hole and mess he has sunk his company into, to recover from his years of reckless and wasteful spending just to grab power which he does not know what to do with.

“That the people of Oyo State, at least the intelligent ones among us, are not talking does not mean they do not understand what is going on.”

The AD governorship candidate said that “A lot are not right with this government,” pointing out that “This government says he has established an anti-graft agency. Till now, his EFCC is till inactive. The anti-graft could not even catch those who were moving out the state’s water pipes for personal sales.

“No investigation on the reported incident till the moment. Our governor just moved on; he did not even utter a word and this suggests that scandals bigger than we see are going on under this government.”

He noted that it was sad that “the current members in the state’s House of Assembly lack the shrewdness, guts, exposure, experience and sagacity to put the governor on his toes to be responsible.

“It appears this current assembly is all out to fill their pockets too and have become a rubber stamp assembly. So, people of Oyo State need to wake up and stop this gullible praise-singing.

“It is on this note that we want to charge EFCC, ICPC, all anti-graft and intelligence agencies in the country to monitor this Engr Makinde’s regime very closely and put searchlight on him and his syndicate being used to siphon the Oyo State financial wealth to his cronies at home here, in Niger Delta and overseas.

Alao observed and stated emphatically that “A government that will liberate the people of the state genuinely and redeem the state is not Makinde’s.”

“I hereby enjoin His Excellency, Engr Seyi Makinde to stop day dreaming that he is returning for second term in Oyo State, maybe in Niger Delta.

“We will use all the intelligence and machineries at our disposal to dislodge him because we will not allow to be ruled under a very deceitful “leader”.

“Doling out cash gifts recklessly just as done in years past and as he freely gave N1m each to the 25 groups he met last week and others will not make him the governor of Oyo State the second time.

“Oyo cannot be fooled twice with that puerile insincere method of winning the people’s hearts. Is that how to run government?

IBEDC Begins Implementation of New Tariff as Approved By (NERC)