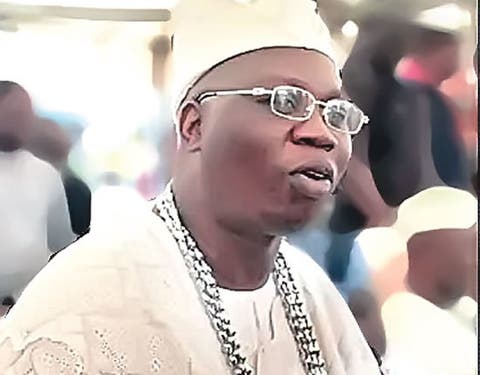 The Oodua People‘s Congress, Hunters Association of Nigeria, Vigilante Group of Nigeria, and Agbekoya have said they will not allow the Lagos-Ibadan Expressway to become Abuja-Kaduna Expressway.

The position of the coalition was disclosed by the Aare Ona Kakanfo of Yorubaland, Iba Ige Abiodun Gani Adams.

The Yoruba Generalissimo, who spoke during a meeting of the South West security groups, said: “The situation along the road is worrisome and that is why we are having a joint security meeting of all stakeholders.

“The situation is now so bad that those travelling along that road no longer feel safe while playing the road.

“The situation is worse around the Kara Bridge, also known as the Long Bridge.

“We are not unaware of what the Oyo State Government, led by Governor Seyi Makinde, is doing by bringing in Amotekun Officers, but our role is to complement the efforts of other security agencies.

“Those who are interested in bringing to an end the state of insecurity are drawn from OPC, the Vigilante Group of Nigeria, the local hunters, the Oodua women group, and others.

“They called on me to intervene in the situation.

“Right now, we have a monthly meeting of all stakeholders and we are working on how to tackle the situation.

“Right now, we have a monthly meeting of all stakeholders and we are working on how to tackle the situation.

“The situation has become so bad.

“Every day we hear of one attack or the other.

“Travellers are attacked at will.

“Some of our women get raped during such attacks, while the unlucky ones get kidnapped.

“We don’t want the situation to degenerate to what we are now witnessing on the Abuja-Kaduna Expressway, where some travellers get kidnapped daily and others get killed.

“We are collating security reports and we intend to flush them out.

“We won’t fold our hands and allow any part of the Yorubaland to become a safe haven for criminals.

“The situation is getting out of hand and I strongly believe that it is now time for all stakeholders to join in the fight to rescue the road from the grip of bandits.

“We urge the governors of Oyo, Ogun and Lagos States to flush them out.”