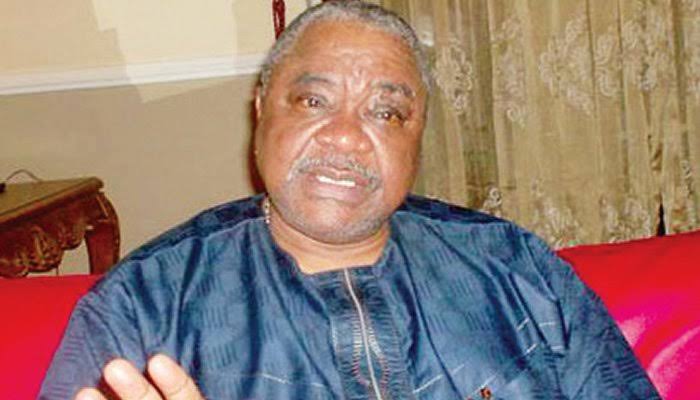 A former Governor of Oyo State, Otunba Adebayo Also Akala has cautioned a national newspaper over a purported report that he has anointed one of the governorship hopefuls in the All Progressives Congress (APC) ahead of the 2023 election.

Pacesetter news understands that one of the respected national newspapers alleged the Ogbomoso-born politician of aiding one of the Oyo APC aspirants.

In a statement to this newspaper on Monday morning by his media aide, Tolu Mustapha, Alao-Akala, who is the chairman of the Elders Advisory Council of the APC, asked party members to discountenance the publication in its entirety, urging them not to be disillusioned or discouraged by what he described as a petty publication.

This was just as he added that the source and sponsor of the particular offensive write up is already known to him and would not hesitate to expose those behind such attack on the unity and cohesion of the party if they don’t desist from such act.

The attention of His Excellency, Otunba Adebayo Alao-Akala has been drawn to a Tribune Newspaper Publication of today, Sunday 6th June, 2021 captioned “WHO GET’S OYO A.P.C TICKET IN 2023” with the By-line of one Bimbo Alasela.

The said write up, which has since gone viral after careful analysis of the intention of the said author is a conjecture of lies, deceit, mischief, mis-information and a shoddily handled hatchet job by who ever and for who ever and should be disregarded by the reading public forthwith.

His Excellency, Otunba Adebayo Alao-Akala takes exception to the bandying of his hard earned name and reputation in the said publication as having a favourite amongst the Gubernatorial aspirants of the All Progressives Congress in the coming 2023 election.

The same publication/article also alleged him as having positioned his son Olamiju Alao-Akala as running mate with a particular Gubernatorial aspirant in Oyo state, a claim which cannot be substantiated by the author as he who alledges must prove.

For the umpteenth and the last time, His Excellency, Otunba Adebayo Alao-Akala is making it clear and stating it unequivocal that he is a father to all and has no bias or personal interest in any of the intending Gubernatorial aspirant in the state as he operates an open door policy and will never discriminate against any member of the party no matter the status of who is involved.

The interest and the choice of the unwavering party members is what he will stand with come rain, come shine and will henceforth not take with kids glove any publication or comment linking him with any of the Gubernatorial aspirant as being his preferred choice.

His Excellency advises intending Gubernatorial aspirants on the platform of the party to desist from actions that can undermine a united A.P.C in Oyo state but should rather get to work and meet with party faithful who will form the bulk of those to decide who flies the flag of the party at the 2023 polls a decision he will be bounded by once it is decided at the party primaries which is won on the field of decent politicking and not on the pages of newspapers or social media.

The Tribune Newspaper is also advised to henceforth desist from any form of publication that will throw spanners in the wheel of progress of the success of the All Progressives Congress, Oyo state chapter in its efforts at repositioning, towards a successful outing at the 2023 general election but should rather be a worthy partner it is always known for as publications of this nature is designed to fan embers of discord and disunity within the ranks and file of the party members.

Further more, His Excellency, Otunba Adebayo Alao-Akala who is also the chairman, Elders Advisory Council of the A.P.C in Oyo state calls on leaders, elders and party members to discountenance the publication in its entirety and urged that all members should not be disillusioned or discouraged by a petty publication of this nature as the source and sponsor of this particular offensive write up is already known to him and he will not hesitate to expose those behind such attack on the unity and cohesion of the party if they don’t desist from such act.

For: His Excellency, Otunba Adebayo Alao-Akala