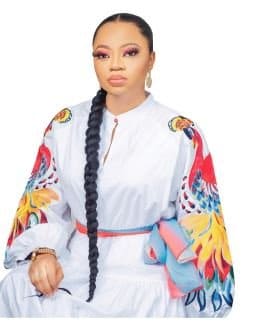 While many are yet to understand the situation of Alaafin of Oyo’s estranged wife, Queen Aanu, it is glaring she has left the palace.

Things happen so fast in life and this explains Aanu’s present predicament. A few months ago, she was said to occupy a special position in Alaafin’s heart. But things have deteriorated badly to the extent that the mother of two claimed during the week that her life was being threatened for leaving the marriage.

But earlier in the year while celebrating her birthday, she spoke glowingly of the king describing him as her lover and history teacher.

She wrote: “I also want to thank my husband, His Imperial Majesty, Oba Dr. Lamidi Olayiwola Atanda Adeyemi III, Iku Baba Yeye, Alaafin of Oyo. JP CFR LLD SAP who has been the Gamaliel under whose feet I continue to learn.

“He teaches me to be focused, that ambition is made with sterner stuff and that a person without goals sets before him or she could be regarded as unambitious, that he or she is like a ship without a rudder, a play without a plot and an aimless wanderer in the voyage of life.”

In Ibadan, Court grants order of Dissolution of Marriage over husband’s Refusal To Relocate To USA