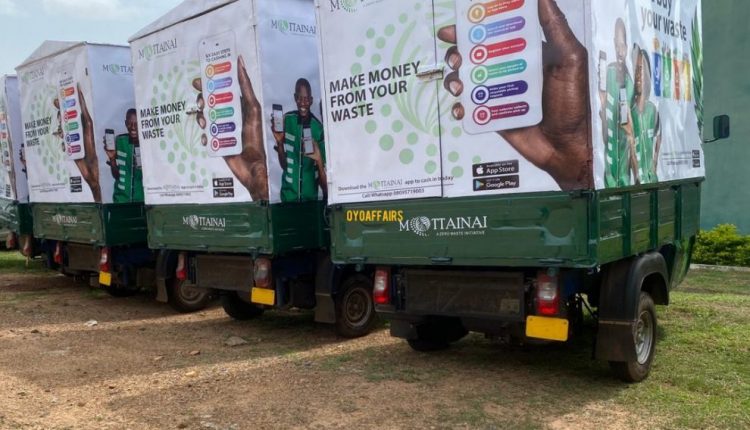 In its efforts to improve public health whilst ensuring wide distribution of the dividends of democracy, the Oyo State government has earmarked not less than fifty mobile toilets which is to be placed at strategic public locations in the State with the main aim of eradicating open defecation and preserving human dignity.

The Oyo state Commissioner for Environment and Natural Resources; Dr. Abdulateef Oyeleke revealed this while addressing journalist in Ibadan over the weekend.

He said that the moveable toilets will be situated at locations for the conveniences of pedestrians, passengers and travelers in an attempt to ensuring that Oyo state is not polluted.

“The mobile toilets will be placed in strategic locations across the State to assist in promoting personal hygiene of the citizens and maintaining a healthy standard in the State, which will not only stop the spread of diseases such as cholera, typhoid, diarrhoea, but also check other ravaging diseases that are threats to human existence.

“The toilets will be placed in locations like markets, garages and other public places to eliminate health risks associated with open defecation and promote personal hygiene.”

He subsequently charged the residents of the state to support the policy of clean and green initiative of the present administration, as the Environmental Health Officers and Task Force Team will soon be directed to arrest and prosecute anyone erring citizens who engage in open defecation.

In another related event, ten tricycles have been engaged by the Ministry of Environment for the sole purpose of evacuating recycle waste within local government areas in the State.

The Commissioner added that the new imitative will provide job opportunities for the youths as a local investor has been engaged and mandated to set up a modern recycling facility in the State within the next six months of his partnership with Oyo State government.

In his remarks, the Managing Director of the company , Mottainai, Mr. Ade Adewuyi stated that the concept of this initiative is to start paying for recyclable waste materials, while also engaging youths in the State in the process termed circular economy.

The process is aimed at eliminating flood incidents and maintenance of clean environment, while there will be financial capacity for the people and job opportunities for the youths.

Jobseekers: How To Write An Ideal CV