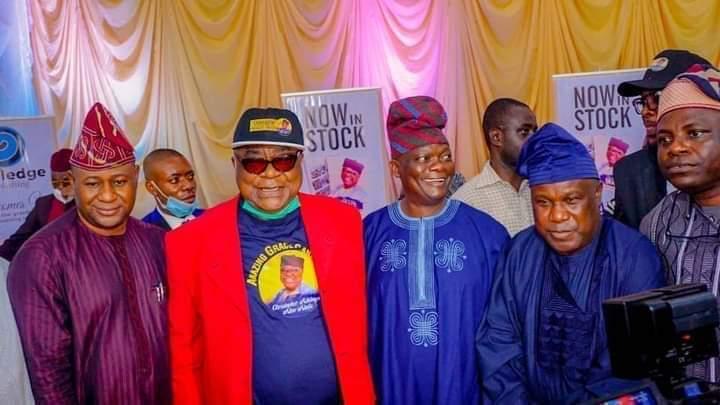 A former governor of Oyo State, Adebayo Alao-Akala has narrated how Sen. AbdulFatai Buhari came to their rescue of the during the campaign for Ladoja/Alao-Akala governorship into the 2003 election.

This newspaper understands that Ladoja administration took over from late former governor Lamidi Adesina’s in 2003.

Alao-Akala revealed this on page 129 of his autobiography, Amazing Grace, revealed how the campaign to defeat the incumbent Lam-Adesina administration almost went broke.

The Ogbomoso-born politician, who is now of the All Progressives Congress, APC, “There and then, we embarked on a campaign trail around the state. I was in control of the entire Ogbomosholand. The campaign got rigorous as we progressed into it. We had a massive roadshow as part of the Oyo PDP campaign in the capital city. Chief Adedibu conceptualized the ideas.

“The road show cost a lot of money and we were hemorrhaging cash at the time and needed money to implement it, but the money was not there. Chief Adedibu spoke to me, “Akala you are the running mate, we have requested your principal for money, but the cheque he gave us bounced, and besides, the amount on it was ridiculous.”

“Apparently melancholic, he requested me to look for ways to raise the money. Then I told him that I could not personally raise the money, but I knew who could give us the money. I added that the person could give us the money in return for an assistance or favour. The favour, I said, was for the party to give this good samaritan the ticket to contest the House of Representatives ticket on its platform. The leader agreed. I then put a call to the person. This Samaritan was Alhaji Fatai Buhari, a very good aburo (younger brother) of mine who was not holding any political office at the time. He transferred N3 million directly to Chief Adedibu’s account without delay. That was a lot of money at the time. Chief Adedibu was splendidly surprised.

“We them went ahead with the road show. The road show shut Ibadan down. The massive turnout of party supporters unsettled the incumbent Governor Adesina and the next day, he was complaining of disruption to public peace, even though, there was no record of violence. Alhaji Lam had other reasons for his complaints; the roadshow was like the proverbial handwriting on the wall.

“Our campaign shook Ibadan by its core. After the road show, I knew we were going to win the election. Those of us outside Ibadan went back to our different bases to work very hard having been urged by the tempo we saw in Ibadan,” he disclosed.