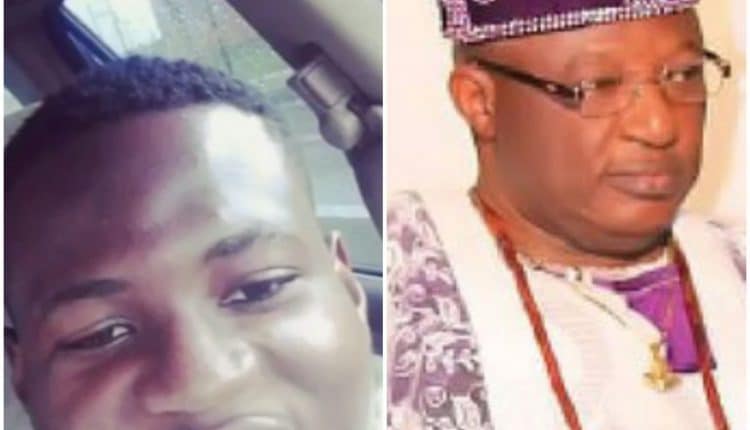 As investigations into the mysterious death of Timothy Adegoke, the MBA student of the Obafemi Awolowo University (OAU), Ile-Ife, Osun state, continue; new evidence has come to light on how students of Oduduwa University, Ile-Ife, a private university owned by Dr. Rahmon Adedoyin, owner of Hilton Hotel die mysteriously.

In an interview by an Ibadan-based presenter, Oriyomi Hamzat, one of the relative of a student of the university who died in 2018 narrated how her nephew died mysteriously in the school.

The woman, Olori Olubukola Popoola said her nephew, Omogbolahan Ayeni who was a 200 level student of the university was killed on the 18th of October, 2018.

Speaking on his death, she said, “My nephew was a 200 level student of Oduduwa University, Ile-Ife. He was sick and his father told him to come home to Lagos. He did and he was taken care of and went back to school.
He got back to school and called his elder brother to inform him of his safe arrival at school.

“Few days later, his elder brother was worried that he didn’t hear from him for some days and called him. When he called him, he was told that his younger brother was dead.

“We all rushed down to Ile-Ife and what we met was Gbolahan’s dead body in the mortuary. Gbolahan had died for a few days and nobody bothered to inform us. In fact, the school denied that Gbolahan was their student. They had already removed his file from the school records.

“At this point, let me tell you categorically that the school authorities had my brother’s contact details because there was a time that Gbolahan was misbehaving and his father went to the school and told them to call him if he caused trouble again.

“Also, the area where Gbolahan’s body was recovered, the students that lived in the house nearby all fled the house and didn’t return for months.

“As investigations continued, one of the students that ran from the house next to where my nephew’s body was recovered confessed that they heard Gbolahan screaming that ‘don’t kill me, I am a student’ and that that was why they fled the house because they’ve witnessed such in the past and knew what was going to happen.

“It was during the investigation of this boy’s death that his father, who is my elder brother, died. After his death, we decided to give up and leave justice to God. We were also told that that was how students die yearly in that university. In fact, they told us that the case of the person who died in 2017 was still ongoing as at that time”, she added.

Makinde Break Silence, Says No Controversy, Oba Saliu’s Legacy Will Be Maintained In Picking The Next Olubadan