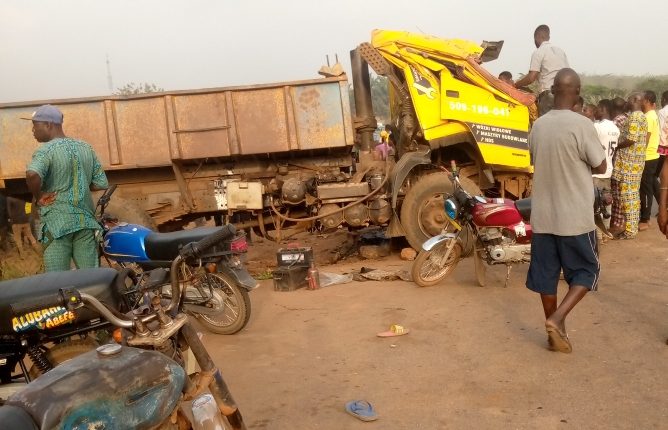 The lone accident which occurred some minutes to 7 a:m involved a truck with registration number OYO NRK 312 YR.

A witness, Mr Tunde Lateef told NAN reporter that the truck carrying dozens of men was on high speed going towards Ikire road when another truck coming from Badeku village crossed the express road.

Lateef said an attempt made by the driver of the accident truck led it to tumbled, thereby flung people on board into different directions.

Men of the Nigerian Police and FRSC who later arrived the scene of the accident assisted in rushing the victims to hospital.

Our Source who visited the scene reports that seven lifeless bodies were seen on ground.