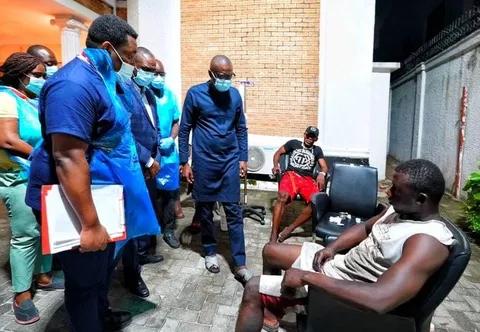 LEKKI SHOOTINGS: Solder’s Continue Shooting At Me After I Jumped Into The River—Ayoola Gives Account Of How He Survived (Video)

A Nigerian man who gave his name as Ayoola has shared the chilling story of how he survived Tuesday night, October 20, attack at the Lekki tollgate.

The young Ayoola who said he is a professional swimmer said the armed men who he described as soldiers started shooting at the protesters. He said he jumped into the river and that the alleged soldier pursued him into the river and continued firing shots.

He said he would have been dead if he wasn’t a good swimmer.

Watch the video below

#EndSARS: Not Even Speaker nor his Deputy can suppress my Voice – Hon. Shina Peller Says as he Walks Out During Plenary.