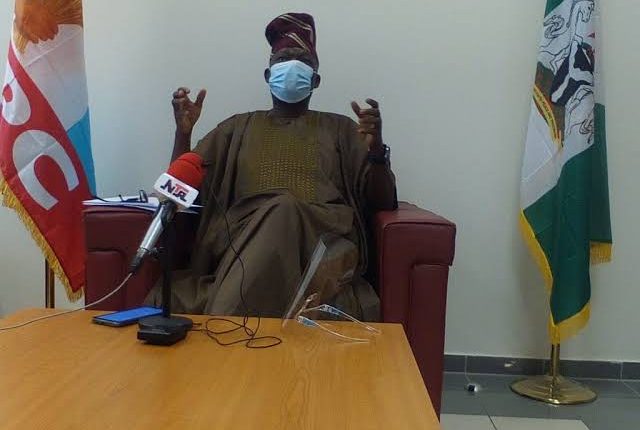 My intention was to Distribute the looted empowerment Materials Next Month—Sen. Folarin

The Federal Lawmaker representing Oyo Central Senatorial District in the Upper Chairman, Send. Teslim Folarin has outrightly condemned the burgling and looting that was staged at his Oluyole residence today by some hoodlums who leverage on the EndSARS protests to foist their mischievous act.

The Chairman Senate Committee on Local Content made this known in a statement released by his Special Adviser on Media and Publicity, Comrade YSO Olaniyi, described the attack as “evil, barbaric and unfortunate”.

He further stressed that the looted empowerment equipment worth over N200 million which included over 350 motorcycles, 400 deep freezers, 350 generators, grinding machines, sewing machines, hairdressing and barbing salon materials, vulcanising machines and many more.

He further hinted that the distribution of the materials was planned for this year November.

The statement read in part:

“The perpetrators of the invasion and looting were not #ENDSARS protesters but coordinated hoodlums. They even broke down doors to rooms in the house to steal valuable assets. It was a pure daylight robbery”.

“I thank God we did not record any fatality, despite the violent invasion of my Oluyole house, looted materials and vandalisation therein”

“For the sake of clarification, I have just formally taken receipt of the empowerment materials from a federal agency coordinating constituency projects for federal lawmakers. Also, I used my personal money to procure additional materials. I took stock of the materials ahead of a mega empowerment programme scheduled to hold in November 2020″.

“As a leader and people’s representative, I have never and will never take our people for granted. Let it be noted that at the peak of COVID-19 pandemic, I was the first political officer holder in Oyo State to support war against the deadly novel virus. On four occasions and on personal expenses, I did not only sponsor enlightenment programmes but also distributed palliatives to my constituents in Oyo Central Senatorial District. In fact, I extended my widow’s mite to thousands of our vulnerable citizens in Oyo South Senatorial district. Some weeks ago, I reached out to few private school teachers who were affected by economic hardships, occasioned by the pandemic”.

“I sincerely commend the civil and professional conducts of security personnel drafted to my house. They were tactical in their operations as no harm was done to few people that were arrested with looted materials”.

“For whatever that happened, I shall not be discouraged to continue to give excellent service delivery to the people of my district, Oyo State and Nigeria at large.”

“I solemnly appreciate the supports and sympathies of media houses, prominent Nigerians in Oyo State and across Nigeria, traditional rulers, religious leaders, groups and chieftains of our great party, the All Progressives Congress (APC)”.