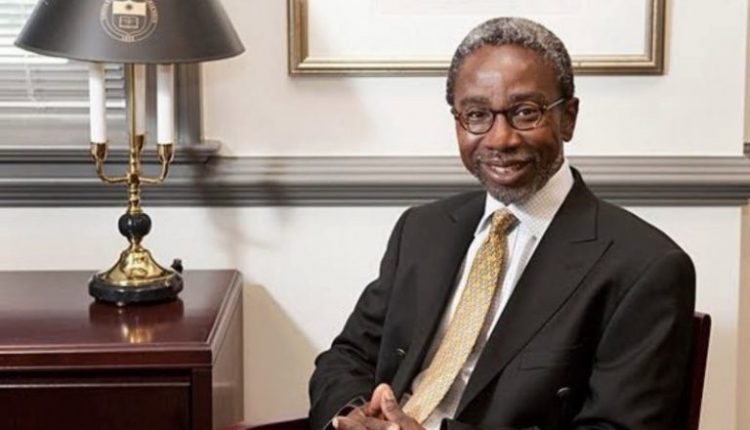 Renowned Chemical Engineer and Song Composer, Professor Babatunde Ayodeji Ogunnaike also known as Tunde Ogunnaike, whose words make up most (if not all of) of stanza two of the Nigerian national anthem, has died.

Born on March 26, 1956, the Ogun-indigene and American Citizen passed away on Sunday 20, February 2022, after waging a long battle against cancer.

Ogunnaike grew up in Ibadan and attend Government College before proceeding to Unilag, where he graduated in 1976 with First Class Honours at the age of 20.

He reportedly died in the US where he’d been a professor for over 25 years and lately Dean of Engineering at Delaware University.

In 1977 as a 21 year old NYSC member serving in Port Harcourt, he responded to a call for entries into a competition organised by the Federal Ministry of Information to replace the Nigerian national anthem.

He emerged as one of five, whose words and phrases were combined to form the Nigerian anthem.

The others are; John A. Ilechukwu, Eme Etim Akpan, Sota Omoigui, and P.O. Aderibigbe.

The words were put to music by DCP Ben Odiase, the then director Nigerian Police Band.

The new anthem was officially adopted in 1978.

By this time, Tunde Ogunnaike was already in PG school in the US.

He was supposed to get a N50 prize, according to the telegram announcing the choice of his lyrics.

He had once said in an interview: “That was a reasonable amount of money at the time, but I don’t think I ever got it.”

In another interview, he said he felt both pride and sadness whenever he hears the anthem.

“It reminds me of unfulfilled promises.

“Nigeria has so much potential, and the words of the anthem were meant to reflect this.”

On the anonymity given to writers of the anthem, he had this to say: “Everyone knows that Francis Scott Key wrote the lyrics to the American national anthem (even I, a recent immigrant, know this). At the very least, the people of Nigeria should be told who wrote their anthem.”

Academically, Tunde Ogunnaike was a prodigy in his field of Chemical Engineering.

Outside the world of academics, Ogunnaike expressed his gifts and talents on the guitar and the drum.

Meanwhile, many of his families, friends, associates and Nigerians have taken to their social media handles to celebrate the philosopher, poet, creative, composer of music.

BREAKING: Lekan Balogun To Be Install As Olubadan of Ibadan Land On March 11