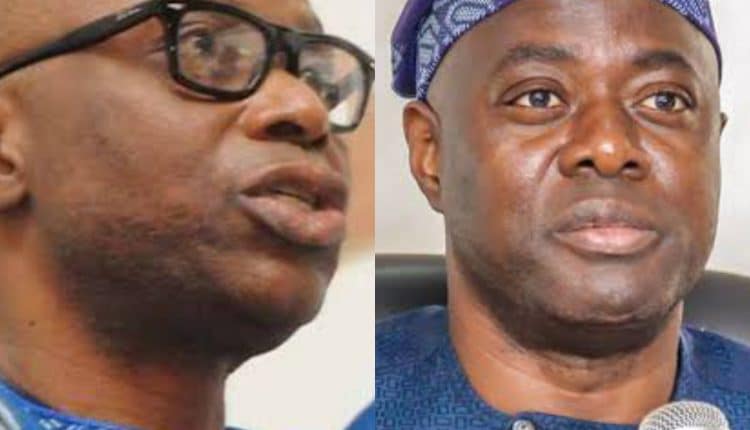 The All Progressives Congress (APC) in Ondo has raised the alarm over alleged plots by the Peoples Democratic Party (PRP) and the Zenith Labour Party (ZLP) to rig Saturday’s governorship election.

It said desperation was making the PDP to take what it termed criminal dimension.

It further accused Makinde of recruiting thousands of PDP members in Oyo to participate in the election.

Publicity Secretary of the party, Alex Kalejaiye, in a statement, alleged some staff of the Independent National Electoral Commission (INEC) were working in collaboration with INEC.

Kalejaiye stated many of the “imported voters” were already scattered in different local government areas while more were expected to arrive on Friday.

He accused leader of ZLP and former Governor Olusegun Mimiko of taking the lead in the gang up against Akeredolu.

“The APC calls on its members and security agencies to be vigilant and resist every plan, aimed at subverting the wish of the people of Ondo State.

“We also urge INEC to caution members of its staff, and ad hoc workers to ensure that only voter’s cards that are registered in Ondo State are admitted for the purpose of voting on Saturday, to avoid crises at Polling Units,” the APC said.

Sugar Foundation, Others Officially Decamped to PDP in Lagelu LG.