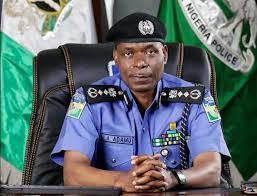 The effort of the Police Command to ensure Sustainable peace and safety of all stakeholders as well as electoral materials is yielding positive result has the men of the force arrested 25 men for possession of firearms on Friday.

Speaking with newmen, the Ondo State Commissioner of Police (CP), Bolaji Salami, said at least 25 suspects were arrested in the last two weeks for illegal possession of firearms.

The suspects were alleged to be political thugs armed for the disruption of the electioneering process but were picked out by tactical squads following actionable intelligence.

Mr. Salami said most of them have been charged to court, adding that the police would leave no stone unturned to ensure peace and security during and after the voting processes.

“We have been picking them out. We have arrested like 25 for illegal possession of firearms and charged them to court.

“So far, there is calm and we are well prepared to ensure this exercise goes smoothly,” he said.