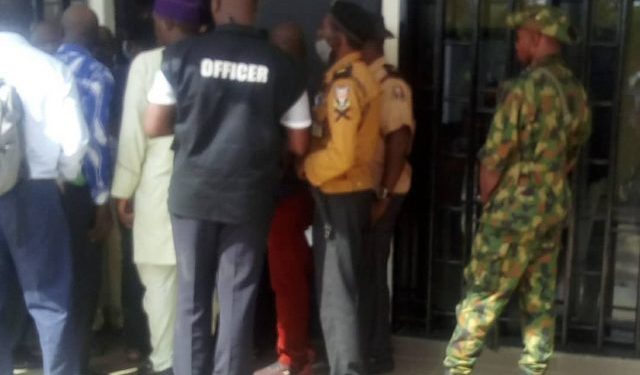 In a bit to ensure free and fair election of the next Vice Chancellor of University of Ibadan, men of Oyo State Security Outfit known as Operation Burst have been deployed to Trenchard Hall where the election is taking place

According to The Eagle Online, members of the Senior Staff Association of Nigerian Universities and Non-Academic Staff of Universities have mobilised to the venue of the announcement of the candidate for the Senate/Selection Board for the incoming VC, Trenchard Hall.

The venue had become rowdy, with Soldiers of the Oyo State security outfit, Operation Burst, allegedly threatening to shoot anyone who foments trouble, the medium reported.

More canddiates have withdrawn from the process on allegations of unfairness. Prof. A. A. Fasanmade of the Department of Physiology, College of Medicine of the institution was one of the latest additions to those who withdrew from attending the selection process.

The Federal government has also advised the University Senate to cancel and begin fresh process of selecting a credible vice chancellor.