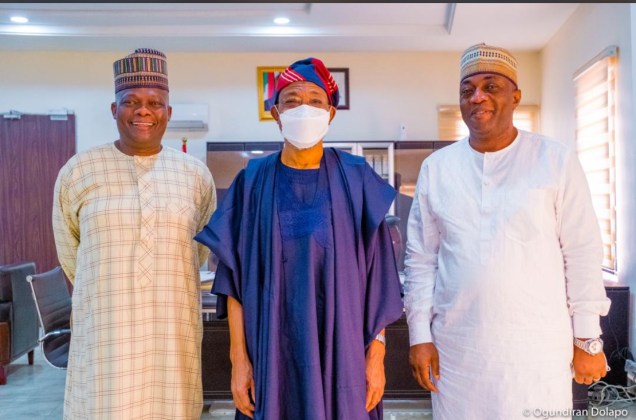 It is barely 24 hours that some of the APC Stalwarts in Oyo met with national leader of the All Progressives Congress, APC, Asiwaju Bola Tinubu, two chieftains of the party from Oyo State, Sen. Teslim Folarin and Dr. Yunus Akintunde today met interior minister and immediate past Osun governor, Ogbeni Rauf Aregbesola in Abuja.

Akedeoyo.com reported that federal lawmakers from Oyo State including Akintunde met Tinubu and others last night.

It was confirmed that both last night meeting made if fourth times Folarin and Akintunde would be meeting Tinubu in less two months.

Just like last night meeting, details of the meeting were yet to be revealed as at time we file this report. It was however learnt that it was connected to the ongoing peace move within the rank of the party in the state.