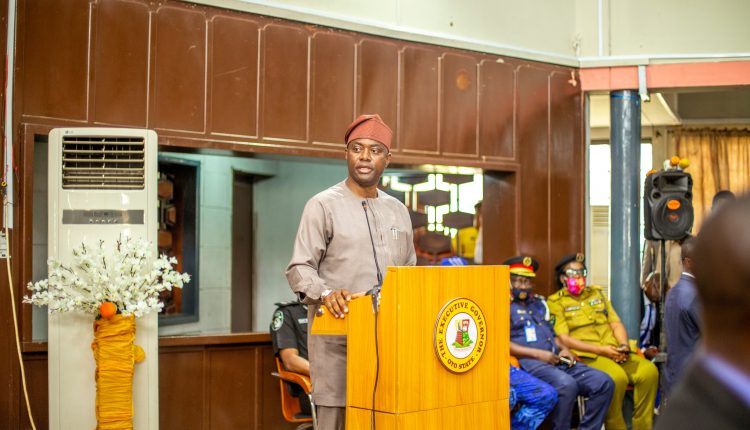 The Governor of Oyo state, Engr Seyi Makinde, on Monday hosted security chiefs, traditional rulers, religious leaders and other critical stakeholders to a meeting in a bid to cart a new course for the post #EndSARS agitation in the state.

The Governor while responding to various commendations by the stakeholders noted that there was nothing extra ordinary in the manner he responded to the EndSARS agitation by the angry youths stressing that it was part of the demands of his Mandate as the governor to ensure security of lives and properties of all resident in the state.

Makinde explained that the agitation by the youths was legitimate and his administration will make a deliberate and concerted efforts geared towards productively engaging the youths to bring an end to youthful unemployment in the state.

The governor stated that as a deliberate measure by his administration to ameliorate pains of the victims during the protest, his government has earmarked a total sum of N500 million (500 000 000) compensation funds for families of EndSARS protest victims.

Governor Makinde also stated that he has directed employment of 5000 persons across all government agencies in order to put an end to youthful idleness.