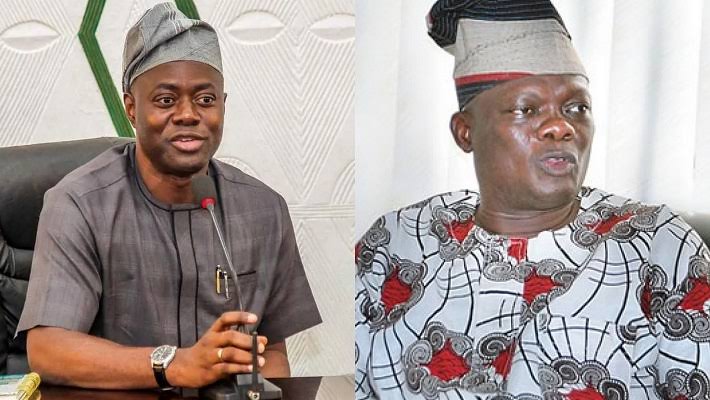 Politics is such a self-asserting, humbling undertaking. At a time you are on top of the world basking in the glow of the newfound power. Instantly, you become the toast and envy of others because of the resources under your belt. With power, you are a mini-god, an unquestionable being who’s above board. As a politician of note, people’s troubles, tragedy and topsy-turvy become yours. And your moments of happiness, excitement and sadness become theirs. In a poverty stricken setting as ours where sentiment is rife and prejudice high; people would naturally swarm into your residence like bees to eat and feast; wine and dine, cry at times of tragedy and misfortunes.

For a country like Nigeria and a state like Oyo, politics is more than service – it is an avenue to rise above the pack – while ultimately coming down to that pack. In fact, humanity and humility might be politician’s choice watchwords but those who believe them do so at their own peril. In a way, those who get to power and forget its transient have a long, sorrow and excruciating experience to learned one that will reset their heads – once the glitz and glamour of power fade away into thin air. Nobody stay in power forever. In part because history is indeed interesting that it serves power brokers a delici0us yet poisonous delicacy – depending on which one they ordered.

Today you are relevant, tomorrow you are not. Today, you are influential, tomorrow; you are ordinary. In the grand scheme of things today, your share of the cake is as massive in the way the position you occupy is as relevant, and significant. But in matters of month, the same tool that propelled your meteoric rise may also witness your spectacular fall. Of course, we all know the end of those who ruled with iron fist and high handedness – and those who lead with purpose and genuine hearts. The past might be long but the events of history are as fresh. From the horns of Africa through the sand sea of Sahel, and the blistering sun of Sahara, history is the same.

Brutal dictators, great plunderers who mowed and railroaded their people are now dumped in the backstage seat of history. They are defined by the death and destruction brought to their people. They might be part of our distant past, we can only hope their mistakes remind those who till our resources and steal our patrimony of their tragic end. In Africa particularly, we have a history of dictators who become law unto themselves. We still contend with their vestiges today. In fact, there are countries and states in our country where leaders have etched and entrenched that sit-tight-syndrome into their people’s psyche. They have tweaked with their people’s will and have continued to clampdown on voices of dissent. But history has also been kind to us in ways never imagined. Through history, we now know that brutal dictators are as powerful as their enablers. Once those who backed them back out, their power and confidence dramatically tumble down. This is not always easy where the dictator is smart and clever.

As a dictator, once you know how to oil the engines of your backer, efforts to yank you off the seat of power will always hit the brick-wall. But when your greediness is bigger than your selflessness, coalition against you becomes simply inevitable. Where I come from, we have a saying that those who kill by sword must die by sword. In other words, those who get to power on account of coalition only to throw such agreements under the bus also deserved to be frustrated out of power by same coalition. For Governor Seyi Makinde, the chances of his re-election are quite slim. Masses are aware of his high-handedness, emperor-like leadership style. He couldn’t have won in the last election without the massive and overwhelming support he enjoyed from across board. In this current dispensation, he is literally the first politician to get to power and turn against those that helped him. He’s bite the fingers that once fed him.

He has shown his utter disdain for those outside his inner caucus. When the electoral booty came, he deliberated cut others off. He is the only one in charge of everything. Where loyal party members were supposed to have a say, his imported yeomen hold the ways. He brought Platinum consult to manage for state owned tertiary institutions, to cite just one example. In an attempt to stamp out corruption, he has instead forced another cankerworm in replace. As at today, Platinum has literally turned intellectuals to beggars. We might not know the level of damage our state has sustained until they are out of the system.

Evidently, Governor Makinde’s cough is powerful, that alone can send shiver down the spines of his local government chairmen and school principals – the two set of people the Governor has publicly accused and shamed. But those local politicians in the Governor’s camp are revolting. We might not see more of them in the media for now for fear of retribution. The game in Oyo PDP is between members not outside of it. Those who carried the burden of marketing the candidacy of the Governor are blaming themselves. They have vowed never to return the man who took away everything. It was like the moment he won that election, he made up his mind to frustrate his enablers out of the house they all labored and suffered to build. Makinde’s performance made coalition and political merger inevitable. He has made it easier for them – albeit not simple. He has shown that people may not necessarily agree on way forward, but when it comes to fighting a common enemy, foes can unite. Should coalition succeed in unseating him, the Governor only has himself to blame and nobody else.

OYO101 is Muftau Gbadegesin’s Opinion about Issues affecting Oyo state, published on Saturdays. He can be reached via @TheGMAKing on Twitter, muftaugbadegesin@gmail.com and 09065176850