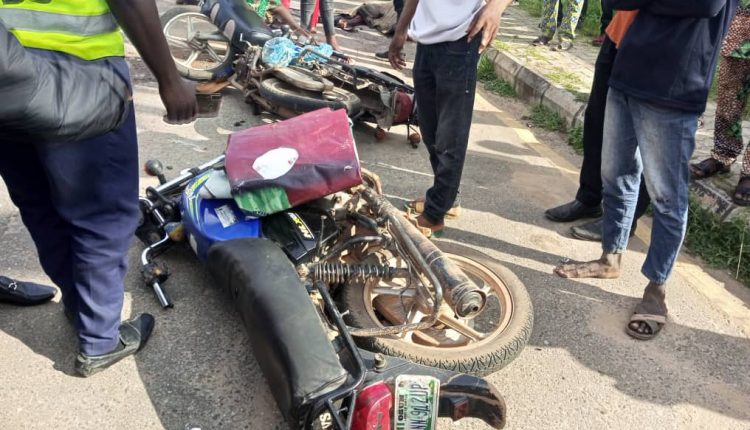 Preliminary investigations available as at the time of filling this report reveals that reckless and drunk driving which resulted to head-on collision led to the unfortunate incidence wherein one victim was reported to have died on-the-spot while three others were rescued by men of the OYRTMA Rescue Team in conjunction with a combined team of men of the Nigerian Police Force, Custom Service, NSCDC and others.

While the Police are continuing with further investigations to uncover the root cause of the crash, our men and officers have returned normalcy to the area as free flow of traffic is experienced at this hour.

We however beseech the motoring public along the route and elsewhere to drive carefully and be observant.