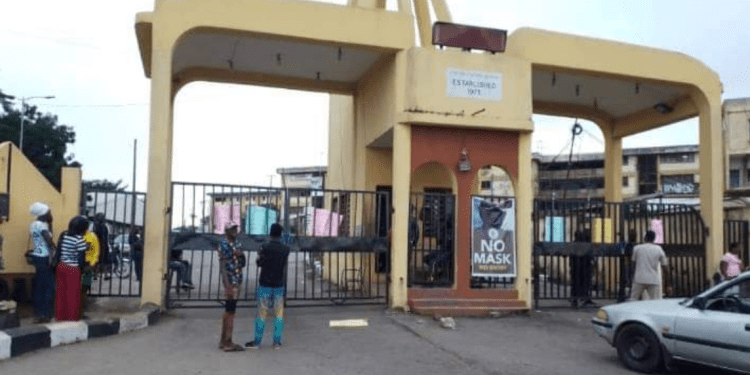 The Authorities of The Polytechnic, Ibadan (TPI) has reacted to a story on alleged slavery of lecturers, saying the institution is not guilty, in Akedeoyo.com reports.

“The Institution has not promised any of the part-time Lecturers employment in the agreed terms, although, if opportunity comes such part-time Lecturers found to be worthy by qualification, experience and character could be considered for appointment.”

The statement, however, failed to speak on the salary being paid to the part-time lecturers.

The statement read: “The attention of the Authorities of The Polytechnic, Ibadan (TPI) has been drawn to an online publication making the rounds painting the institution black on alleged, unfounded and un-authenticated allegations over employment and part-time lecturing. We want to categorically state that The Polytechnic, Ibadan (TPI) is not guilty of any of the charges alleged.

“All over the world and in all institutions of higher learning, you find part-time lecturers who offer their services as the name indicates. Some do it as a stop-gap while searching for other jobs, some do it as a hobby, some do it to beef up their curriculum vitae while some do it to gather experience required to meet other job specifications.

“The Polytechnic, Ibadan (TPI) has not in any way and will not in any way tie down the prospect of any individual be it a full time Staff or a part-time Staff. A number of highly qualified teaching and non-teaching staff had migrated to other places for greener pasture in the past. If this is so, why would The Polytechnic, Ibadan prevent part-time Staff from going for greener pastures if such opportunities come their way.

“Alleging that the school had robbed part-time lecturers of a huge part of their lives is a fallacy and utter blackmail as a part-time lecturer could simultaneously feature in such capacity in other institutions as well.

“We may not be interested in the political angle introduced into the story being circulated but we want to state categorically that it is not a crime to engage interested and qualified lecturers to fill some gaps where paucity of fund makes it impossible to engage lecturers on full time basis in some areas.

“On the alleged withdrawn letters of appointment issued to some individuals, this should not be turned into a political matter as the institution will always do what is considered best as a corporate entity at any point in time.

“The alleged letters were withdrawn to enable the institution to put all would-be lecturers and staff on equal footing for employment, not on the basis of having served as a part-time staff. Serving as a part-time Staff does not mean the individual will emerge as the best in a competitive recruitment exercise in an institution of the status of The Polytechnic, Ibadan (TPI).

“Surely, when teaching Staff are to be recruited, the best qualified materials with the interest of The Polytechnic, Ibadan at heart will be considered.”